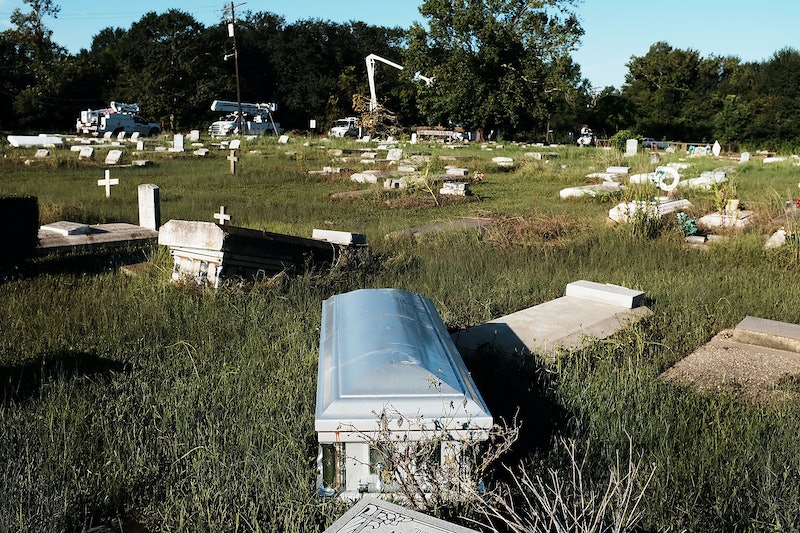 The Internet has no shortage of offensive, disgusting and/or vomit-inducing websites to choose from, but the Reddit “Cute Female Corpses" subcategory is definitely one of the creepiest and most terrifying I’ve seen yet. Recently uncovered by the Daily Dot, the community is chock-full of highly disturbing NSFW pictures of half-naked women who’ve been brutally murdered and disfigured. And the worst part? There’s pretty much nothing that can be done to get it taken down.

If you dare to click over to the group, you’ll see posts captioned with comments like “I wish I had strangled her” or “Look’s like she’s freshly applied makeup” next to pictures of bruised or bloodied female corpses. It’s repulsive, to say the least, and far from the only shocking sub-category within its network (also available are r/killingwomen, r/beatingwomen, etc.).

So the question is, why is something this horrifying even allowed to exist? As the Daily Dot points out, “hosting photos of dead women is not, strictly speaking, illegal” and “doesn’t violate one of Reddit’s few rules.” In other words, the community members cite freedom of speech to protect themselves, leaving other users left with no way to combat them other than to “downvote” their posts.

This is exactly what happened in “Cute Female Corpses” recently. A user posted about the group in a thread called “What is something you wish was illegal,” setting off fury in the mainstream community and leading to a downvoting spree. Unfortunately, the active members of "Cute Female Corpse" then asked moderators to make the sub-category private for 48 hours to fend off the attack.

Clearly, this is just one of the many cases that exemplifies the pitfalls of social content sharing site like Reddit and others. It’s the rollercoaster ride of the Internet — we go three steps forward and 10 backwards. Still, this feels like a new low. I honestly don’t know what’s worse: that something like this is allowed to stay online or that there are people out there who created it in the first place and are continuing to defend it now. I’m all for freedom of speech, but a line needs to be drawn somewhere and if stuff like this is out there and flourishing, it’s obvious we crossed that line a long time ago.

More like this
13 Selfie Instagram Caption Ideas That Exude Main Character Energy
By Jessica Booth and Emma Carey
What Does POV Mean On TikTok? The Popular Acronym, Explained
By Emma Carey
Here’s How To Get Verified On TikTok
By Emma Carey
25 Things I've Reduced My Life To, In Addition To WFH In My PJs
By Ginny Hogan
Get Even More From Bustle — Sign Up For The Newsletter