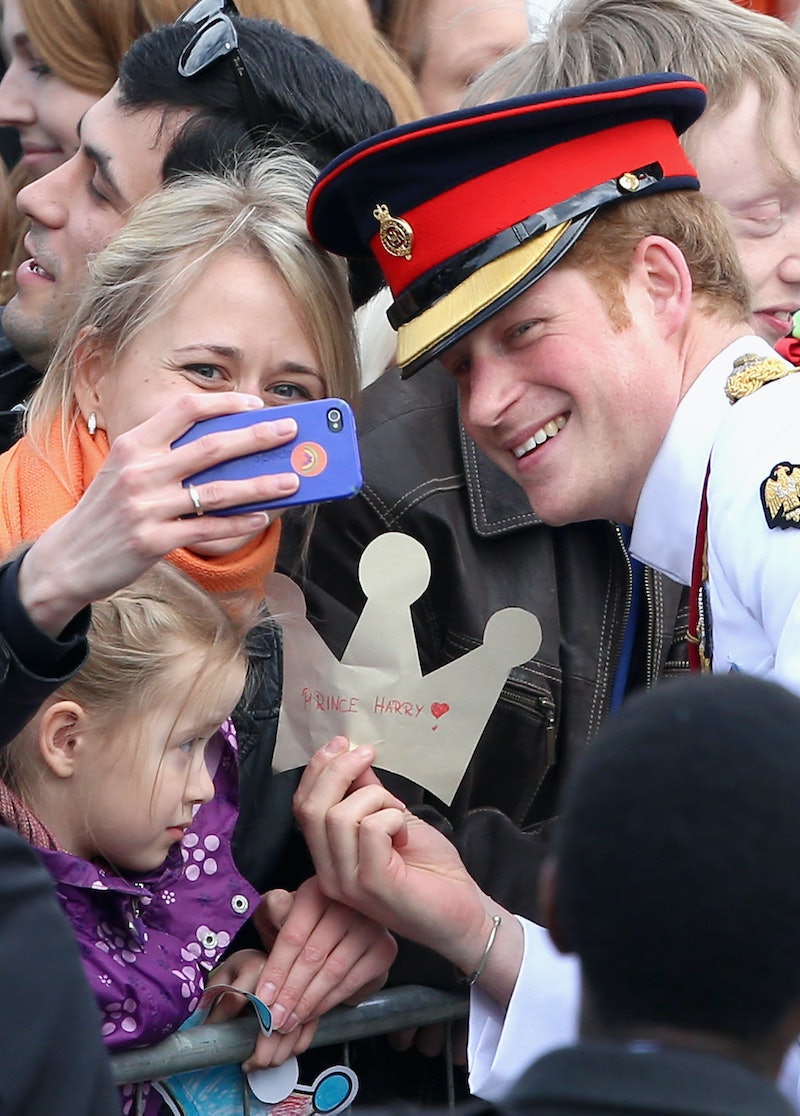 Last year, 2013, was officially the year of the selfie. For the uninitiated — which I assume includes pretty much no one — "selfie" is a term used to denote a photo taken of oneself, then often uploaded to social media channels. Though the selfie was declared dead at the Webby awards this week, we know it will endure. A form of the "selfie" has always been in existence — painted self portraits, self-snapped polaroids, etc. — though the idea of sharing a snapshot of yourself with the world has never been so commonplace. While we won't attempt to make any commentary on what this means for the state of civilization in the 21st century, we do have a few questions surrounding the word that was just inducted into the Merriam-Webster dictionary. So without further ado, I give you: a few questions to contemplate from the great selfie debate.

1. Is It Still a Selfie if Someone Else Takes the Photo?

Perhaps the most pondered of selfie questions, this topic brings with it a plethora of mixed opinions. Does "selfie" indicate a photo of oneself? Or does it indicate a self-taken photo of oneself? Thanks to the folks at Merriam-Webster, we have the dictionary definition right here:

SELFIE: (noun) an image of oneself taken by oneself using a digital camera especially for posting on social networks.

There you have it folks: You gotta take that bad boy yourself.

2. Can other people be in a Selfie?

While the essence of a selfie may have the air of self-involved tweens, the selfie is actually an amazing vehicle for peer inclusion. Just take the 2014 Oscars ceremony, when host Ellen DeGeneres called upon her famous friends to take the most epic selfie the world has ever known.

(I am a big supporter of the "selfie with friends" selfie. Here I am at Los Angeles' Getty Villa with a friend.)

3. Can a selfie be taken with something other than an iPhone?

Selfies can be taken with anything that snaps a photograph. Granted, the ability to turn the camera towards yourself with the iPhone makes selfie taking all that more fluid.

4. What if the phone can be seen in the selfie — like a photo of yourself in a mirror or a puddle?

First of all, stupid question. Second of all, if you can successfully take a photo of yourself in the reflection of a puddle á la Mulan, mad props. And yes, it's a selfie.

5. Why do celebrities love selfies so much?

Probably for the same reason you and I do. We're all just vain, shutter-happy folk who need to be qualified by the number of "likes" we get on our carefully executed duck face pose.

6. Dogs can't take selfies, so how is this a selfie?

Clearly these dogs are mutant clones with opposable thumbs.

7. Why is James Franco so obsessed with Selfies?

Good question. While we haven't surveyed the actor himself, we have a few educated guesses:

1. The shock and awe effect: That nearly nude selfie cultivated more than a few headlines.

2. He is exceptionally ego-centric. His interests includes: Caps locks, Spider-Man memes, and himself.

3. He is appealing to the 18-24 demographic, who take more than a million selfies every day.

It's the worst. Just awful. Absolutely the most terrible investment of four minutes. But maybe just a little bit catchy (and awful):

More like this
Taylor Swift Fans Sue Ticketmaster For The Eras Tour “Ticket Sale Disaster”
By Jake Viswanath
What Does “The Rizz” Mean On TikTok? The Viral Slang Term, Explained
By Alexis Morillo
The 10 Memes That Defined 2022
By Alexis Morillo
This AI Filter Shows How You’d Look In Different Time Periods
By Alexis Morillo
Get Even More From Bustle — Sign Up For The Newsletter