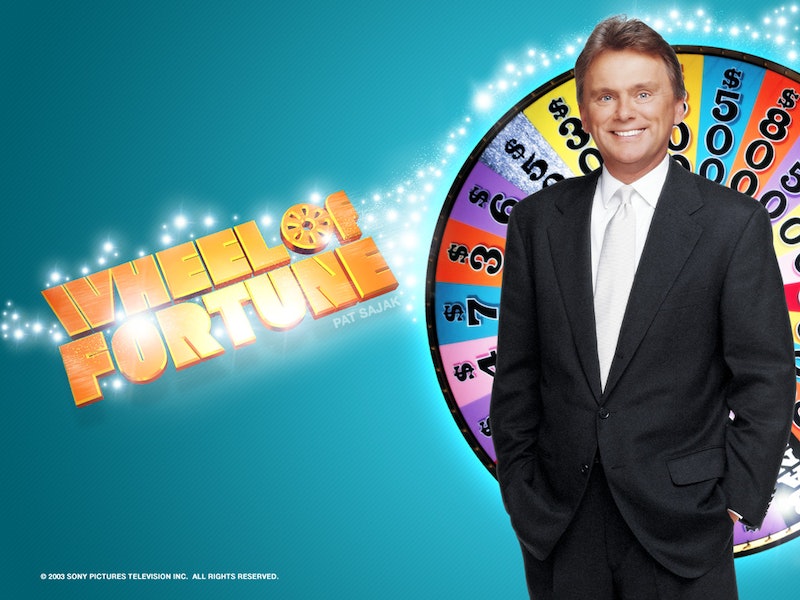 As sure as the sun will rise each morning, Wheel of Fortune will be on TV at some point in the day. But the predictable familiarity of "America's Game" was interrupted this week when its host, Pat Sajak, tweeted some pretty harsh statements about global warming believers. I know, I know — not Pat Sajak! Don't get all political on me, Pat! But it turns out, the game show host is very outspoken on climate change, and politics in general, on Twitter.

When you look at all of his Tweets together, Sarjak kind of sounds a little nuts, especially since he has a penchant for sentence fragments and ellipses. But this is no Kanye-level meltdown. These are just tweets spread out over months, reflecting the views of someone who is firmly against believing all that climate change hype. Never mind the substantial reports showing evidence that climate change is happening, the fact that April's global temperature tied for the warmest on record, and that Antarctica is literally collapsing as I type this.

Sajak posted this tweet Monday. "Unpatriotic racists," huh, Pat? Hasn't anyone ever told you that resorting to name-calling never accomplishes anything? Also, can you please elaborate?

About a week earlier, he tweeted this.

And in the last few months, he's tweeted all of this.

Wheel of Fortune, which has been on the air for almost 40 years, has turned Sajak into a household name. Your parents refer to him on a first-name basis, as if he were that weird uncle from Utah you only see on holidays who always called you by the wrong name. And just like that weird uncle, the more you pry into his life, the more weird facts you learn. We did the same with Pat, and here's what we found.

He a Staunch Conservative and Writes a Political Column

We already know that Sajak is not afraid to voice his conservative opinions on Twitter, but you probably didn't know that he also writes a column for National Review Online.

He Used to Get Hammered With Vanna White Before Shows

"At NBC in Burbank we had a place called Los Arcos across the street — which is Spanish, as you know, for 'The Arcos' — and they served great margaritas," Sajak told ESPN2's talk show Dan LeBatard Is Highly Questionable . "Vanna and I would go across and have two or three or six and then come and do the last shows and have trouble recognizing the alphabet."

Sajak addressed his platonic relationship with Vanna White to The Huffington Post:

We figured out early on somehow, and I'm glad it worked out that way, that that wasn't going to work out. Besides which, we've gone through various boyfriends and girlfriends and marriages on each side, and that's kind of kept us on the straight and narrow. I think it would be very hard to work with someone for as long as we worked together and really have a romantic relationship.... We're very close, and we care very much about each other, and worry about each other's lives, and want to make sure everything's going okay, and we'll cry on each other's shoulder if we need to. But that's it. And we can do that because we're friends, as corny as that sounds.

He Believes in Quality Over Quantity on Twitter, and He Hates Food Pics

"I'm not too worried about the number of followers. For example, Justin Bieber has a gazillion followers, but are they really interested in anything he's saying? So I'm going for quality in followers," he told The Huffington Post. "I don't tweet pictures of my lunch. Or my cat. Or my cat's lunch."