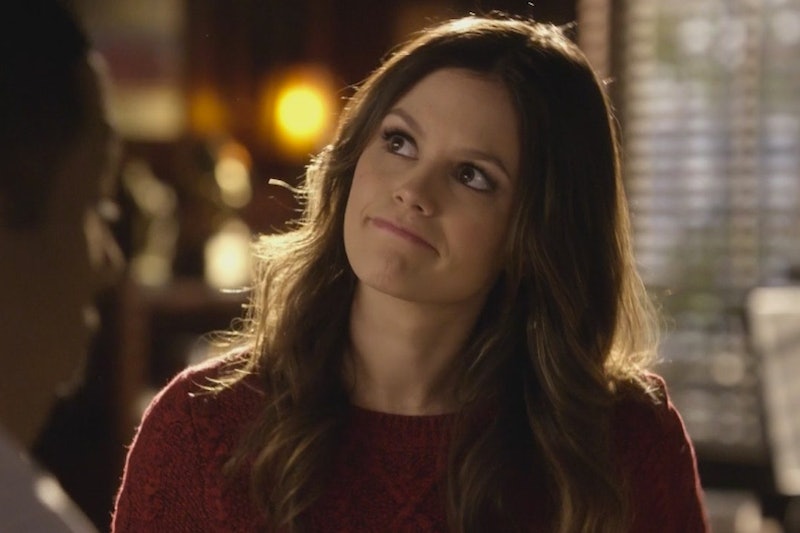 It was announced early Wednesday that former/forever Summer Roberts Rachel Bilson is expecting her first child with longtime boyfriend and former Anakin Skywalker Hayden Christensen. Hooray for them! As a devoted fan of Bilson's CW show Hart Of Dixie, though, this has me worried.

My worry will have no affect on Bilson's news, of course, nor should it. But that's what the Internet's for some days: Conjecture about how one person's personal path might affect the TV shows we love. Because Zoe Hart getting pregnant in the next season of Hart Of Dixie would be a complete disaster.

To be fair to the writers of Hart Of Dixie, I don't really expect them to knock Zoe Hart up anytime soon. The last we left her, after all, she was trying to convince ex-flame Wade to give things another romantic go-around — not only is she not sexually active at the moment, but if the premiere did include a pregnancy reveal the baby would likely be courtesy of her ex-boyfriend Joel, who is not in the running for romantic interest going forward. Considering Rachel Bilson is a tiny human being she'll probably be showing by the time they head back to set to film Season 4, so they'd have to dive in pretty quickly, which is something they're most definitely not prepared for.

So what do you do with your leading lady's pregnancy when her character's in no position to be bringing new life into the world as is? Why, you go the Scandal route, of course: You hide it. When Kerry Washington got knocked up this season it meant a lot of coats, a lot of large bags, and a lot of camera tricks. It also meant a shortened season, but we'll see what The CW does with the scheduling in this case.

Hart Of Dixie's actually pretty experienced in hiding pregnancies already: When Jaime King (who plays Lemon Breeland on the show) was pregnant this season they hid it with more flowey clothes and used a plot device to send her away for a small arc of episodes. I can't even remember that much awkward staging in the belly-hiding months of the show, which is a good sign for the future.

Zoe Hart is without a doubt the show's main character, though — and a woman much more keen on skintight fashion than empire waists and muumuus. So yes, it'll probably a bit awkward to witness all the shrubbery and giant Berkins obstructing our view of Bilson's midsection for a big stretch next year. But as long as they don't pull out a surprise pregnancy until they've got their actually planned plot sorted out, I'm good.