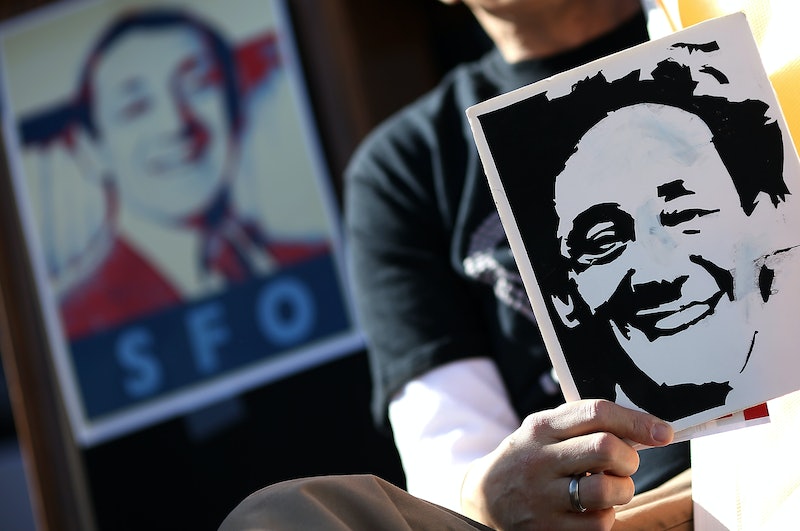 This Thursday, we celebrate the Mayor of Castro Street. Legendary gay activist Harvey Milk was born 84 years ago Thursday, and despite his tragically short tenure in politics, he remains infamous as a titan of gay rights and pioneer in the movement. Milk was elected to the San Francisco Board of Supervisors in 1977 — the first time in U.S. history that an openly-gay non-incumbent was elected to public office — and during his short tenure, pushed one of the most stringent gay protection ordinances in the country. While he only served ten months in office before his assassination, he remains a hero of LGBT rights activism to this day.

But Milk’s awesomeness extends far beyond his political activism, and so, in honor of Harvey Milk Day, let’s take a moment to remember some of the less-obvious reasons he’s worth celebrating.

1. He was a renaissance man.

Before entering politics, Milk worked as an insurance actuary, a diving officer in the U.S. Navy, a researcher at a Wall Street firm and a stage producer for a theater company.

2. He was pro-weed way before anyone else.

During his first campaign for the San Francisco Board of Supervisors, he supported marijuana legalization.

4. He was the pooper-scooper super(visor).

As Supervisor, Milk successfully pushed for a law requiring dog owners to clean up their pets' poop. He got national media attention for it, and even held a press conference during which he “accidentally” stepped in an errant mess on the sidewalk.

Milk liked to throw custard pies in people’s faces on their birthdays.

6. He wasn't afraid to show some PDA.

7. He wasn't afraid to change his mind.

Prior to getting involved in gay rights, Milk was actually a conservative activist, and worked on Barry Goldwater’s 1964 presidential campaign. After moving to San Francisco, of course, that changed.

Milk ran unsuccessfully for office three times before finally winning election to the San Francisco Board of Supervisors in 1977.

Remember this scene from Milk, where he starts flirting with a stranger on the subway stairs and they kiss before they’re even off the stairs? That actually happened, and they stayed together for years.

According to friends, he "always believed he would be killed," and in a video to be played after his death, Milk named four acceptable replacements for his position as City Supervisor were he to be assassinated. After his death, acting mayor Dianne Feinstein respected his wishes and appointed one of those people.

13. He’s one of only two Californians in history...

...to be given a state day of recognition. The other is John Muir.

One that was about so much more than just him.