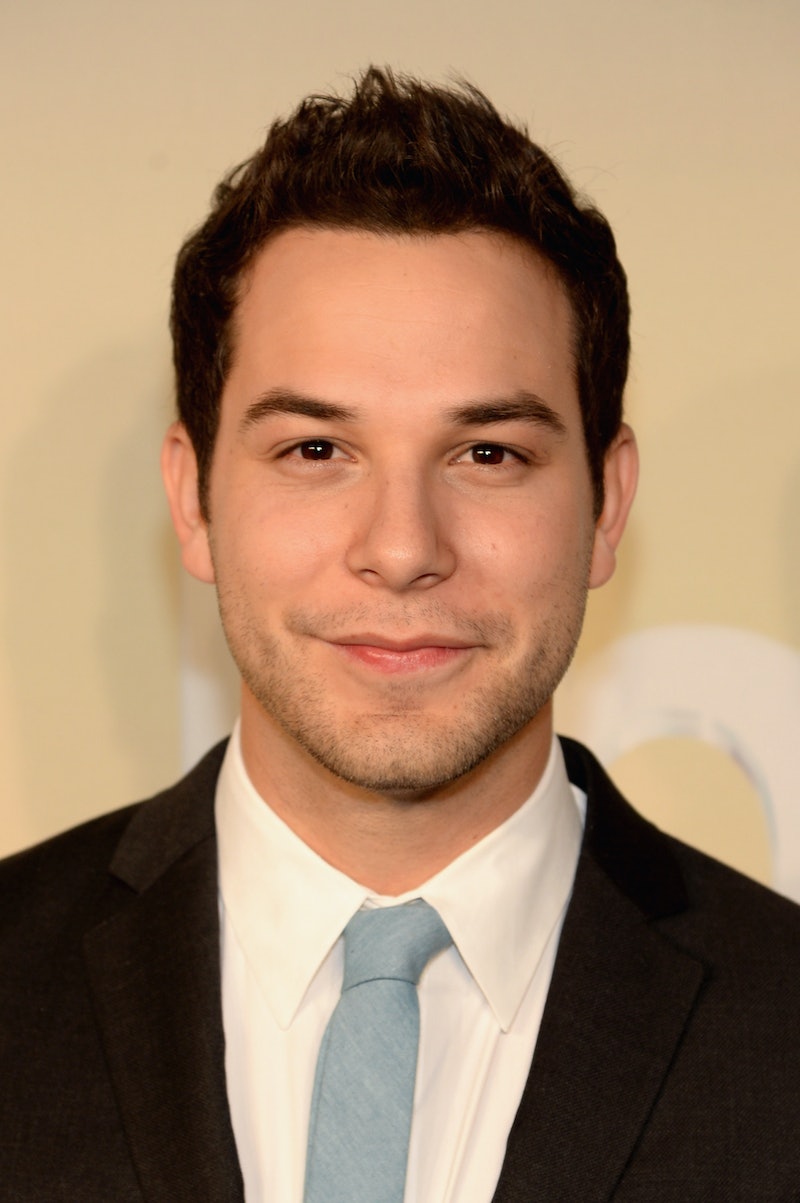 Pitch Perfect may have been more about friendship and growing up than it was about teen romance, but Beca's budding relationship with fellow acapella enthusiast Jesse made for an adorkable subplot. Now that Skylar Astin is returning for Pitch Perfect 2, Beca and Jesse fans can breathe easy that the first movie was not the last we saw of The Breakfast Club courtship and record cover wooing. However, life in a movie is rarely easy, especially for the main romantic couple, and thus Skylar Astin's presence in the sequel spells even more trouble for Beca and Jesse's relationship.

It's a very rare movie that can have a couple together and keep them together for the duration of the film. After all, stories are driven by conflict and a happy romance doesn't present any conflict. Add that to the fact that Beca and Jesse were freshmen when we last saw them in Pitch Perfect and three whole years of university have passed since then and you have a recipe for all kinds of potential disasters. With the plot details of the movie remaining as secret as they are, we don't even have a guarantee that Beca and Jesse are even together at the beginning of the movie.

Where does Beca and Jesse relationship stand in Pitch Perfect 2? We can only guess.

Theory 1: Jesse wins Beca over with an acapella version of her own mix.

In Pitch Perfect, Beca's defensive need to drive away anyone who might care about her caused her friendship with both the Bellas and Jesse to break down. While the Bellas were relatively quick to forgive, Jesse didn't come around until she performed Simple Minds' "Don’t You (Forget About Me)" on stage. Pitch Perfect 2 might have a complimentary scene where Jesse and Beca have a fight that's his fault and he has to win her back by performing one of her mixes for her.

Let's be real. Jesse has always been more into this relationship with Beca than Beca was. One could argue that this was only because Beca kept herself closed off to avoid being hurt, but that doesn't make it any less likely that Jesse would be the one to propose first and Beca would be the one to drag her feet over accepting. It would be a more mature version of the same problem they had in the first film.

Theory 3: Beca and Jesse parted amicably and don't get back together.

Although they were undeniably cute in Pitch Perfect, anyone who has ever been to college can attest to the fact that most people who hook up there don't find ever lasting love the first time around. Maybe Jesse and Beca dated in their freshman year before breaking up and have been nothing more than friends ever since. Maybe Jesse has moved on to Chloe. Maybe Beca has moved on to Chloe. You never know.

There's always the option of Pitch Perfect maintaining its focus on friendship and acapella performances, leaving Jesse and Beca's relationship entirely in the background. Of course we'll still get to follow the Barden Bellas and the Troubletones through the eyes of Jesse and Bella, but their romance could remain solid rather than being a source of some of the film's conflict. That would be a long shot.