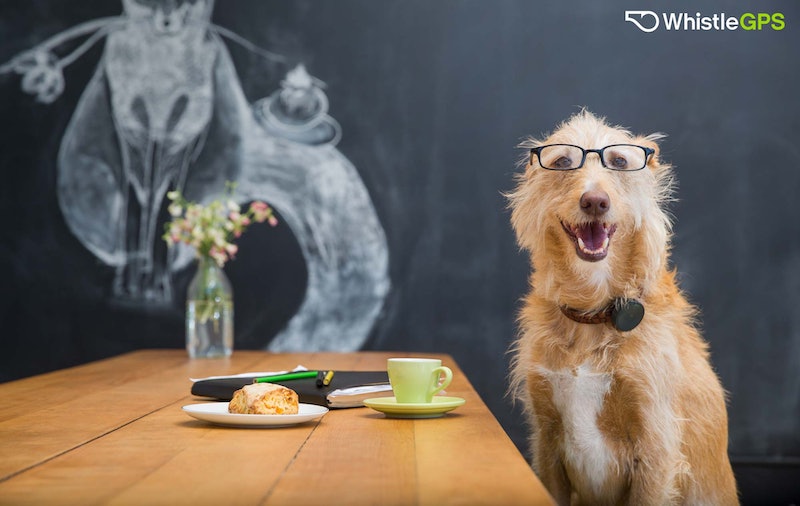 Dogs are innately daring creatures, but sometimes their general curiosity for the world can get a little out of hand. A startup known for its intuitive pet activity monitors, Whistle is making GPS pet collars so that owners can track their dog's location at anytime.

WhistleGPS is a light, slim device meant to be worn around your pet's neck. The device has an accelerometer built in, which enables owners to monitor their pet's activity levels. Best of all, WhistleGPS allows for WiFi and Bluetooth connectivity. Users are able to sync their pet's collar to their phone with the WhistleGPS app, which shows owners where their pups are at any given time.

Whistle has chosen to take preorders exclusively on its website, since it plans on donating one device per 3,000 units sold to the Morris Animal Foundation Golden Retriever Lifetime Study, a research group devoted to researching the causes and development of canine cancer.

What's even better than the device itself are the promotional ads and videos Whistle released with it. The hilarious video features Wally, a mischievous yet irresistably loveable canine, exploring the town to pamper himself. After much distress, his owner is finally able to locate him thanks to the nifty and exceedingly practical WhistleGPS.

Watch the witty ad for yourself below:

If you're interested in purchasing the device, it's currently on preorder sale for $30. You'll still want to hurry since the sale ends in exactly six days.

More like this
21 Absolutely Adorable Christmas Gifts For Dogs
By Carolyn Steber
If You Have Pets, You Probably Don't Realize You're Making These Common Mistakes
By Mackenzie Edwards
The 3 Best Universal Remotes For Fire Stick
By Lauren Moison
The 5 Best Smart Speakers For Spotify
By Claire Epting
Get Even More From Bustle — Sign Up For The Newsletter