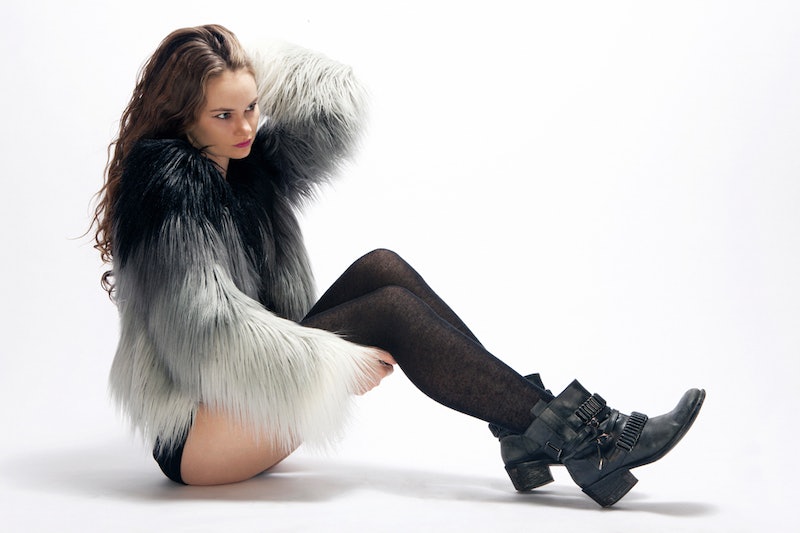 Katherine Faw Morris’s debut novel Young Gods (Farrar, Straus and Giroux) is brutal. There is not a single moment in the book that lacks intensity; Young Gods can be described as an adrenaline shot. What is questionable is whether the violence and anti-heroes are compelling or gratuitous, and the answer lies in deciding what, exactly, the book is.

Young Gods opens and closes on gruesome deaths, with no shortage of bloodshed in between. Thirteen-year-old Nikki witnesses her mother commit suicide and to avoid being sent to a group home, makes her way to her estranged father’s house. Coy Hawkins, Nikki's father who is a recent prison inmate, was formerly the biggest coke dealer in their North Carolina county. Now he’s embracing “the future” as he describes it, acting as a pimp for his girlfriend, Angel. Desperate to remain independent and thrive in this darkest of worlds, Nikki seizes every opportunity she can to bring her family’s business back to its former glory, no matter what drugs, shady deals, or axe murders are involved.

There is something in Nikki’s feral recklessness, tinged with an adolescent’s naïveté, that makes her sympathetic, or at least human. As tough as it is to watch her spiral away from the light, it’s even harder to imagine that she wouldn’t. Her character reminds me of the raw, unapologetic Margo in Bonnie Jo Campbell’s Once Upon a River. We may find the means abhorrent, but we can’t fault these girls for fighting to survive. Aside from the narrator, there is very little to root for or connect with. Her father is atrocious, as is her departed mother’s boyfriend. Angel hints at complication, but she vanishes from the story before we can know her well enough to care. We want Nikki to triumph over forces and circumstance. What’s up for debate is whether she’ll become any better than the evil around her. By the last page, I was unconvinced of her fate either way.

Another issue that makes Young Gods difficult to connect with, aside from the blood and drugs, is its brevity. The novel itself is only 190 pages, and many of those pages contain little text. Often only a line or two surrounded in white space. On occasion this is astoundingly effective — the page reading “Nikki screamed” chilled me from the inside out as my mind painted the horror that Morris merely suggested. At its best, the style is reminiscent of Nick Flynn’s Another Bullshit Night in Suck City. Morris writes with a poet’s precision, and her storytelling skills remind me of True Detective’s recent success in telling raw stories of rural life with empathy and pathos.

In other instances the one-page quips feel vague and confusing, especially when the characters are already in a haze. I finished the 22,000-word book in just over an hour, and it felt much less like a novel experience than a short story. The ending, too, didn’t leave me with a sense that I had completed a journey or even a thorough exploration of Nikki and her world. It was more like a peek. This character-driven, abruptly ended style is expected with short fiction, but presented as a novel, the ending felt like a needle drifting off a record and the story unfinished.

However, an example of a new writer’s work, Young Gods glimmers with promise through the grit. Morris is as fearless with her prose as Nikki is fighting for a slice of Appalachia. It’s a dark, complicated novella that’s bound to be chattered about long into the summer months.