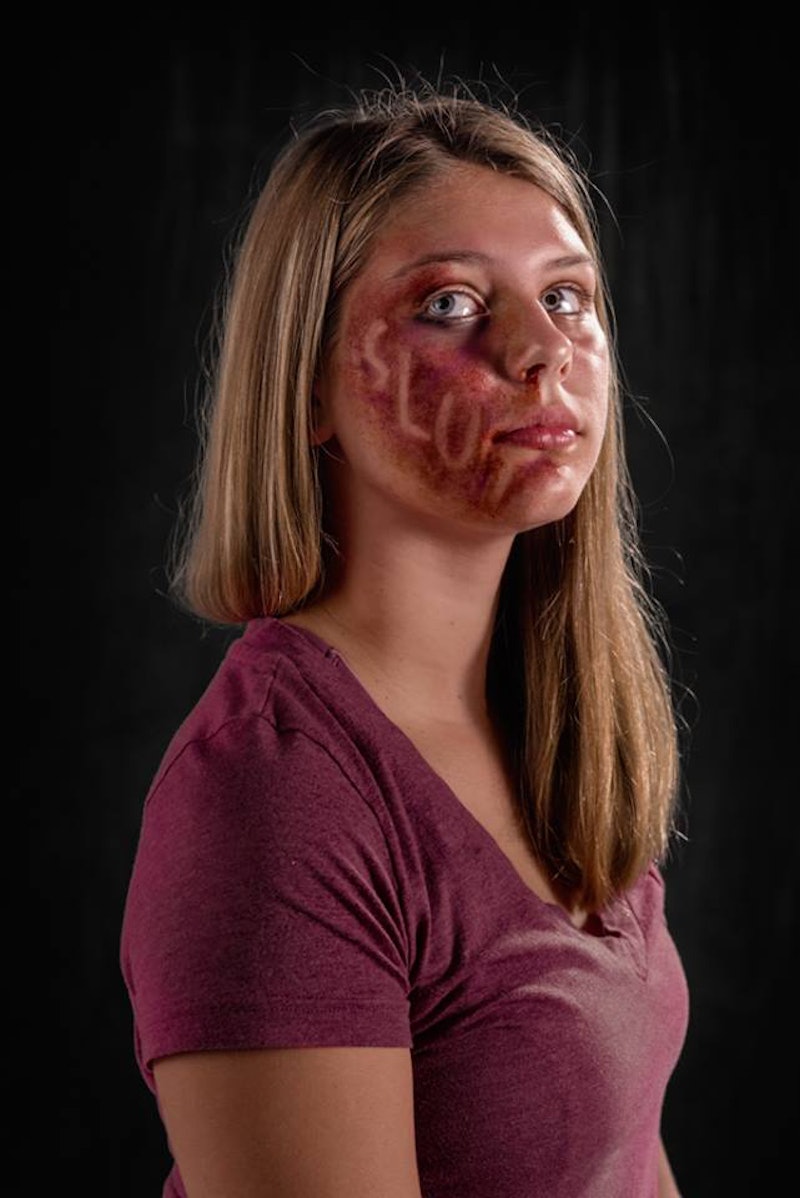 We’re all well aware of the effects verbal abuse can have on a person (see: slut-shaming, cyber bullying, trolling, etc.) — but what if you could literally see it on someone’s face? This is where commercial photographer Richard Jonson comes in. He joined forces with a team of professional makeup artists to produce “Weapon of Choice," a series in which participants were photographed with hateful words painted onto their necks and faces to look like injuries, the Huffington Post reports. The results are incredibly powerful.

Johnson’s intention behind the project was to psychically show just how painful certain words can be to a child or adult. Each participant — all of whom were victims of abuse — was asked to choose a word. That word was then painted on to their face or neck to represent the pain it caused them. Johnson chose to call the project Weapon of Choice because abusers use words like “trash” and “mistake” as weapons to hurt their victims. The word women encountered most: "slut."

On HurtWords.com, the Weapon of Choice website, Johnson explains the significance behind the word "slut" and it's effect on women:

We discovered that much of the verbal abuse directed at women and teen-aged girls was sexual in nature. “Slut” was a word that far too many participants had encountered. “Slut” is more than a hurtful word, it is an accusation. It is meant not just to demean but also to ruin a reputation. Often it is a betrayal of trust. Just as verbal abuse is often closely tied to physical abuse, verbal abuse with sexual connotations can be closely tied to sexual abuse — ranging from internet revenge porn to sexual extortion to sexual battery. Stories involving this type of verbal abuse were often the most difficult for participants to tell.

Take a look at a few portraits from the Weapon of Choice series below:

To view more portraits from the Weapon of Choice series, visit hurtwords.com.