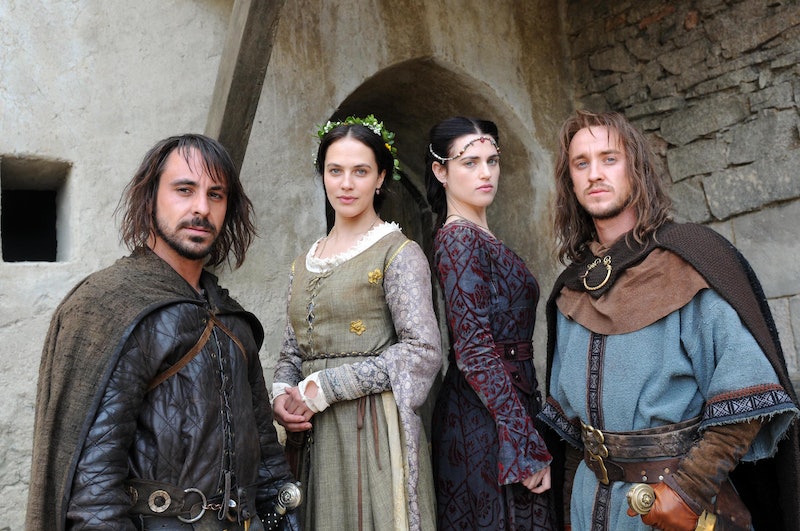 As it turns out, Labyrinth is based on a best-selling novel written by English author Kate Mosse. Intrigued by the history of local landmarks, Mosse sought to create an interesting fictional background story to the labyrinths in France. The story, which gives off a Da Vinci Code vibe, is far reaching and spans eight centuries. It orbits around religious extremists and their quest to get their hands on the Holy Grail – an item being guarded by French herbalist Alais and her family, who belong to a religious sect known as the Cathars. The secrets beheld in the books aren’t revealed to Alais and yet, on faith, she guards the books with her life. And that becomes a reoccurring theme in the book and the series: how much are you willing to do based on faith alone?

Hundreds of years later in modern-day, Alice, a volunteer working at an archaeological site in France, comes into contact with artifacts that appear to be related to the Holy Grail. She finds herself unable to shake the experience and soon finds her life turned upside down as it intertwines with Alais’ history. The story is very female-centric; we are heroes, not victims, and are arguably the strongest written characters in the book whether villain or hero.

Raising her family in Carcassonne led to the writer taking a deeper interest in historical fiction. Mosse said to the Daily Herald, “All of that time, I was getting to know the medieval history, this extraordinary story about this Crusade… I just realized that a novel was taking shape in my mind.”

How does Mosse feel about the series?

Unlike most authors who are critical of TV or film adaptations, Mosse seems quite pleased with the finished product. In her interview with the Daily Herald, she added,

I think they've absolutely captured the spirit of the book. It’s a very long and complicated book to put on the screen; it’s got two different time periods. If it hadn't been for Ridley Scott (of Scott Free) and some of the people involved… I've said no every time I've been asked before to selling the rights.

Labyrinth will air Thursday and Friday on The CW in tandem two-hour episodes.