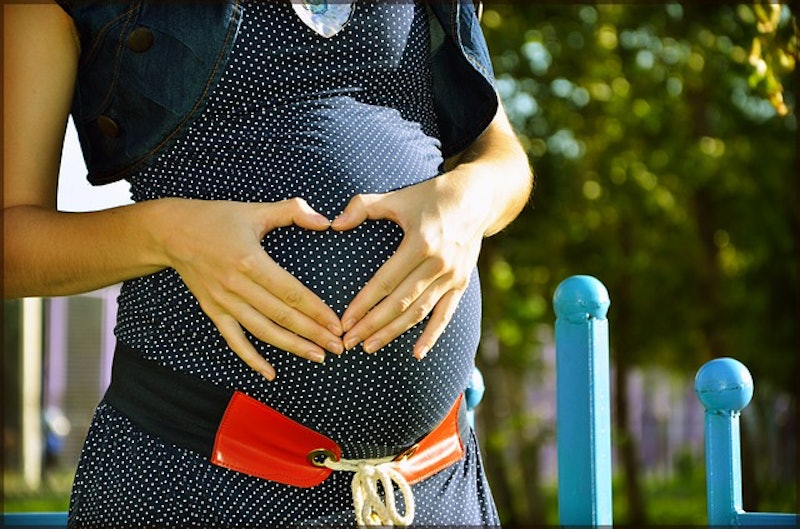 Pregnancy might be a mysterious, magical thing (or a puke-fest, depending who you ask), but with the advent of Google, lots of pregnancy questions can be de-mystified with just a few clicks. And now thanks to aggregate data, we know what the most popular pregnancy-related Google searches are in 20 different countries. The differences are revealing, as are the similarities.

New York Times Seth Stevens-Davidowitz crunched the numbers on pregnancy Google searches, and found that what people want to know varies all over the world. For instance, in when it comes to finishing the sentence "Can pregnant women ...?" people everywhere have very different concerns. In the United States, for one, people are most likely to worry about eating shrimp or drinking wine, while in India the concerns are pizza and mango. In Singapore they want to know if pregnant women can drink green tea, German care about the safety of flying while pregnant, and in Brazil, apparently the safety of dying your hair while pregnant is the number one concern.

When it comes to the question of "How to ____ during pregnancy" on the other hand, it turns out we're not so different. Not only is "avoid stretch marks" popular in most countries, every country on the list includes some variation of "have sex" in their top searches.

So you see, we all do have something in common.

It's a safe bet that a lot of these searches are not made by pregnant women themselves but by curious significant others — in the United States the search "my wife is pregnant what do I do" is hilariously common, too, for instance. But this information does provide some interesting insight into the concerns pregnant women have in different parts of the world.

On the whole, though, the data does reveal that women have similar pregnancy problems — back pain, nausea, and constipation are words that appear often in conjunction with pregnancy in Google searches. Plus, the data reveals that women all over the world have similar cravings, too, with things like ice cream featuring prominently in searches for most countries. But perhaps most importantly, it seems that women all over the world are all concerned about how their actions while pregnant will impact the health of their future child. They all have different ideas about what might cause problems, but women everywhere are concerned with doing the best for their future babies, and that is pretty awesome when you think about it.

More like this
The 19 Best Tweets & Memes About Bisexual Awareness Week
By Lexi Inks
6 Dating App Tips To Try If You're Looking For A Serious Relationship
By Lexi Inks
Breeding Kinks Have Been On The Rise Since Roe V. Wade Got Overturned
By Lexi Inks
Are Quality Time & Gift-Receiving Love Languages Compatible?
By Lexi Inks
Get Even More From Bustle — Sign Up For The Newsletter