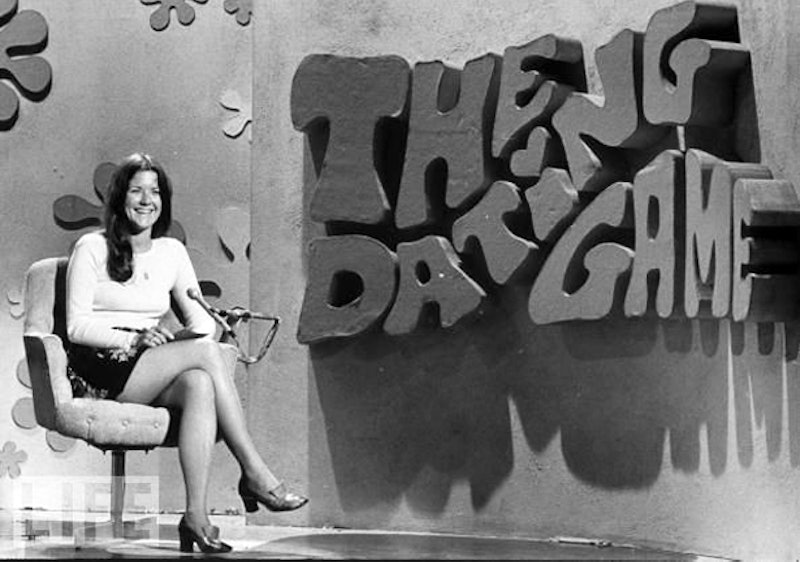 Ohhhh, this is upsetting. A GOP debate on women used a Dating Game format Tuesday in a really, really botched attempt to win over a Colorado demographic that's been decidedly cool toward the Republican Party during the last governor's race. The GOP challengers are hoping to take on Colorado Gov. John Hickenlooper, whom, exit polls suggest, won the votes of about 60 percent of women in the 2010 election.

Go figure, if this latest debacle is any indication of the party's concern for women's issues. At the “Women and Colorado’s Future" debate in Lakewood, Colorado on Tuesday, three of the four Republican candidates began with a dating show or dating game-style format, even playing the easily-identifiable tune from the Dating Game. Women panelists were asked to come up to the stage to interview the "bachelors": Candidates Rep. Bob Beauprez (R-Colo.), Secretary of State Scott Gessler, and former state Senate Minority Leader Mike Kopp.

As the women walk up to the stage — the whole thing's on video below — the moderator tells the women selected to interview the "bachelors" that they'll really add something to the stage once they're up there.

It’s so much more ornamental if the four of you would be on the stage with the four of us.

Quick, ladies, get up on stage so we can talk about you while having something to look at!

The men then proceeded to basically ignore the most important issues affecting women specifically — you know, things like women's health, daycare, early childhood education, pay disparities — that sorta boring stuff. Instead, the candidates "barely mentioned women," according to a report from the Colorado Independent. Plus, the candidates didn't appear to be doing too much debating among themselves, anyway, preferring instead to trash Hickenlooper.

At one point, the candidates were asked to pick the woman in history they most respected — not your wife or mother, the moderator had to stipulate. One picked an employee of his. Another picked Susan B. Anthony and Helen Keller. And the third talked about a woman in the audience who is supporting his candidacy.

The debate format was wrongheaded not because it supposedly "appeals" to women to make a debate more entertaining — neither the average man nor the average woman particularly likes watching primary opponents agree with each other about how much they hate the Democratic governor. It's kind of condescending, but it's not the most offensive thing at work here.

The worst part of the debate format is probably its assumption that women choose their politicians like they choose their partners. Women tend to choose their politicians based on party affiliation and issues they won't compromise on, just as men do, and cutesy metaphors about dating elected officials are uncomfortable and infantilizing. Plus, would we ever be OK with men choosing between three female candidates in Bachelorette style? Probably not. Speaking of female candidates: You're missed in Colorado.