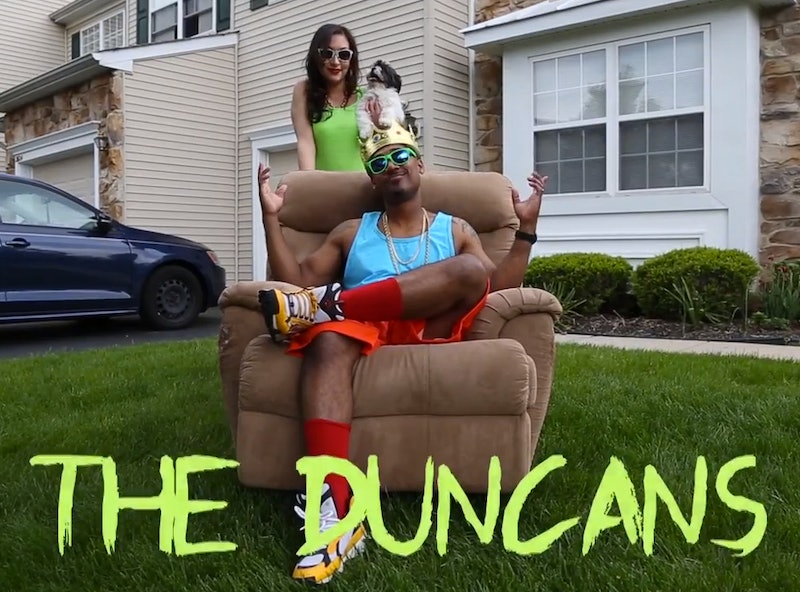 While there are many ways to announce to the world that one is expecting, no one has spoofed the Fresh Prince of Bel Air theme song… until now. Yes, in a move that will skyrocket their child into the upper echelons of coolness, the Duncans of Phoenixville have created a 90 second birth announcement video that blows away all competitor Pinterest suggestions from hand-held chalkboards inscribed with "First comes love, then comes marriage…" to balloons that read "About to pop!"

The Duncans' creativity would make Will Smith proud (while simultaneously frustrated that he didn't think of it for Jayden), and in the video, they describe how they met and fell in love at Philadelphia's Temple University before moving to Phoenixville, Pennsylvania. The husband mourns the agrarian remoteness of their new home, but admits that it will be a good place in which to raise their strapping young son or daughter. The wife, meanwhile, jams along until her moment to shine, during which she reveals that she cannot rap. Despite this, their charm carries the day, and I am giddy just imagining their kid's confused look when he or she watches this tribute to a television show that was long before his or her time.

In case you're expecting to expect, you can pick up a similarly snazzy film for only $500. According to Merryweather Films' website, you can order a Teaser Preview Video for that low price, which entitles you to a 60 to 90 second clip deliverable within one week! I know where I'm going to go for my remake of Rosemary's Baby! Cloverfield might also be a good spoof, because of the inherently low production value. While I mull over the announcements of my future progeny, you can watch the "Fresh Prince of Phoenixville" here: