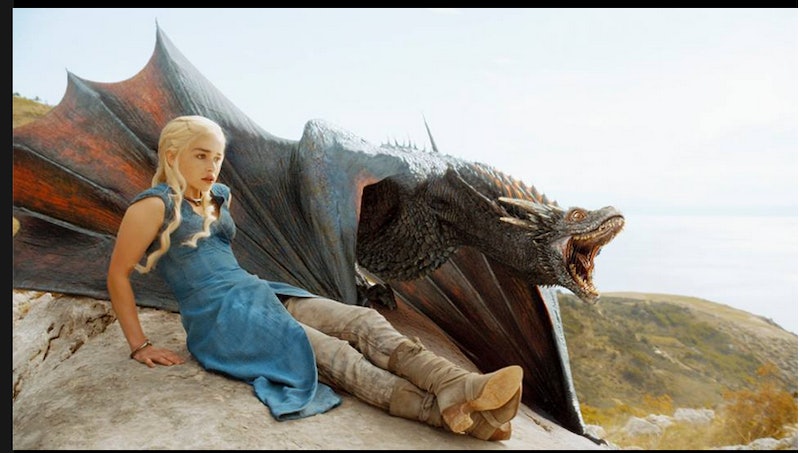 One of the key elements that makes Game of Thrones so addictive and dynamic is the complexity of it's universe. Since the beginning of the first season we've seen the introduction sequence expanded to include new parts of Westeros, and each week delivers different narratives occurring in many places through George R.R Martin's well-planned world. However, as our love for Westeros and its inhabitants only grows stronger, the mighty internet has gone deeper and deeper into how Westeros relates to our own, rather ordinary and utterly dragonless world. What the hell is with those messed up seasons? Is Dorn actually Spain? Is Daenerys kind of like a female Jesus with better hair game and cuter pets? The answer to smarter questions than these can be found in It's Okay To Be Smart's The Science of Game of Thrones, even if we might not be able to understand the answers.

On one hand, it's pretty cool to look into how thoroughly researched and well-thought out the world of Westeros is. I'm going to go out on a limb here and say that my brain is not large or powerful enough to even take in all the historical references couched in the plot of Game of Thrones. However, videos like these can also widen the divide between the uber-committed fans who have read the books and watched every interview with George R.R Martin, and the rest of us. I was all about Daario Naharis dropping trou for the Mother of Dragons last week, but I've definitely never sat myself to try and align the main players in Westeros with famous historical figures. Videos like these make me wonder if I'm a subpar Game of Thrones fan, or if it's possibly a little weird to be sitting there looking at a seriously nice butt, wondering about how the vastness of Westeros does not make logical sense on a planet like Earth.

Not that the inspiration for Valyrian steel (SPOILER ALERT: It's Damascus steel) isn't fascinating, but less intellectual viewers like myself can occasionally be left with a residual sense of shame. Is it wrong to not have considered the actual likelihood of inconsistent seasons? Or is it over-involved to write research papers on the physical impossibility of dragons? One hopes there is some middle point between the two, where all fans can congregate in peace, discussing both science and hairstyling, since I think we can all admit to lusting after the fierce braids of Cercei, Sansa and Daenerys as much as we wonder how the Iron Islands came to be.

Perhaps it's just the shame speaking when I watch Game of Thrones- theory videos and feel that much of what's discussed is not intrinsically necessary to my enjoyment of the show. But then again, I'm pretty sure my superfan boyfriend dies a little inside when all I want to talk about post-show is how shockingly pert Melisandre's boobs looked in that bath scene. Maybe the fact that both kinds of fans can exist in harmony is what makes Game of Thrones so popular. All I know is that after watching this video (roughly three times to make sense it), I might never see Westeros in the same way again.