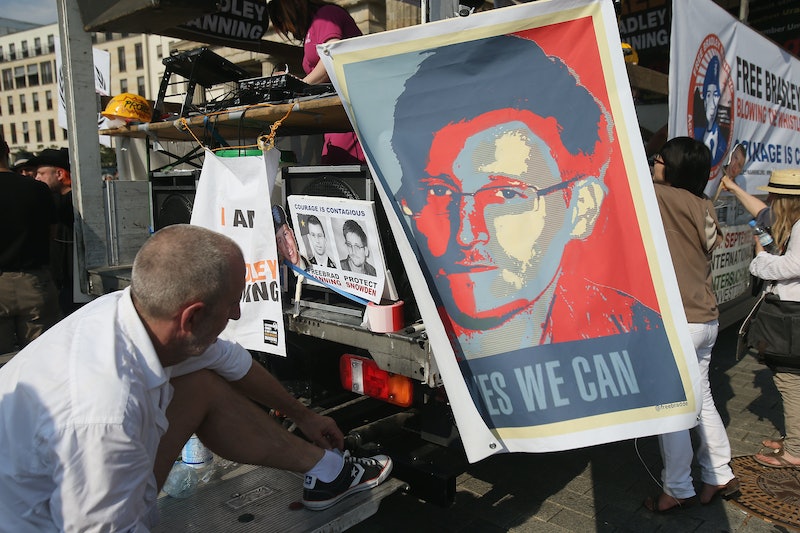 And America's newest summer heartthrob is... the former CIA technical assistant responsible for leaking the NSA phone and Internet surveillance program documents to the press?

A whole Tumblr has already devoted itself to the fact that Snowden's "kinda hot" ("because civil liberties"), and one Yahoo user calls him the "hottest traitor ever." While Michael Moynihan of The Daily Beast warns us not to fire up the hero worship just yet, this trend is at least better than the #FreeJahar campaign for Dzokhar "too pretty to be guilty" Tsarnaev.

Maybe the country was charmed by the humble-brag of an interview he gave The Guardian, or perhaps libertarians and liberals are just excited that they've found something they can really bond over. For whatever reason, you can bet that the petition to clear Edward Snowden's name will hit the 100,000 signatures required to reach Obama's desk faster than you can say "surveillance state."

The bad news, ladies (and gents), is that it doesn't look like Snowden will be making his way out of Hong Kong any time soon. Or if he does make it back to the States... let's hope he looks good in an orange jumpsuit.