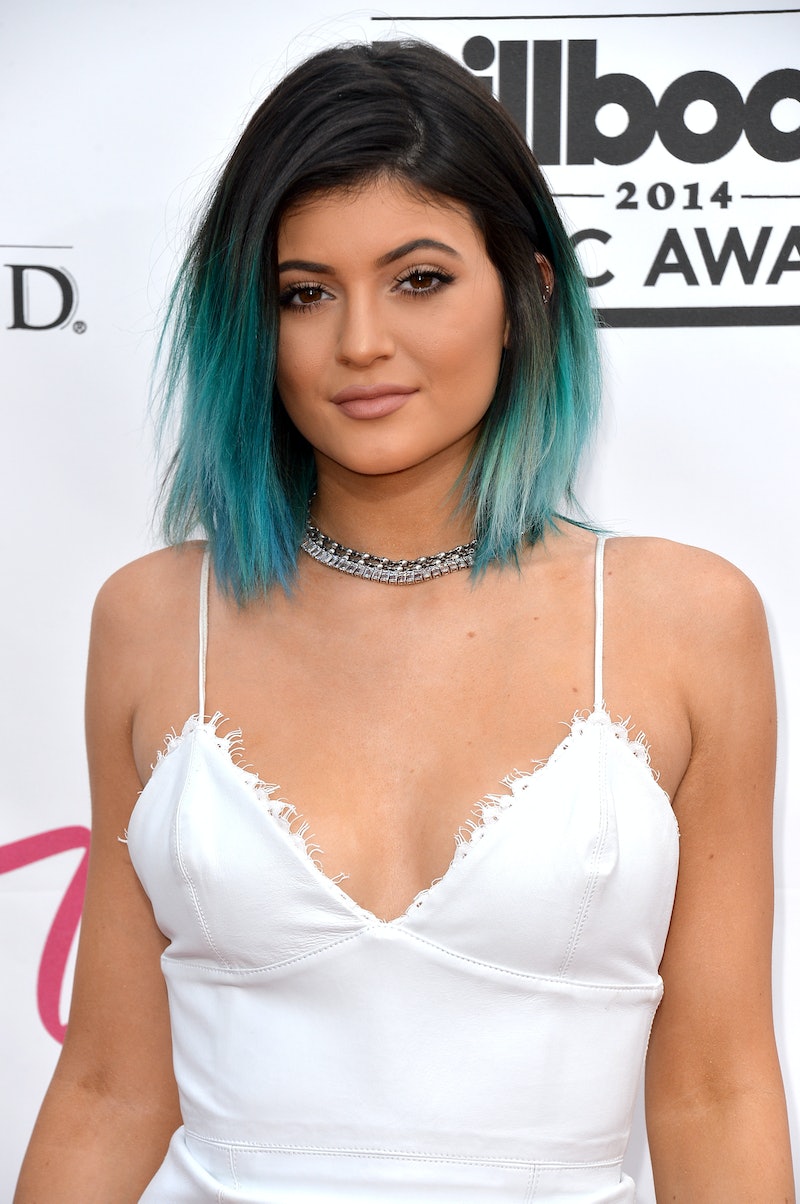 When I learned that Kylie Jenner and Jaden Smith were spotted kissing at the Wedding to End All Weddings (also known as the You-Know-Wedding or Wedding-That-Must-Not-Be-Named), I was profoundly sad. And yes, we're talking about Kim Kardashian's wedding to Kanye West. This is not because I am jealous of the insanely wealthy and almost absurdly famous teenage couple, or because I harbor a secret crush on either of them. Far from it. Instead, I am saddened that they have come so far in their respective careers by doing so little. Making out at a famous wedding may be their most significant contribution to pop culture this entire year.

After all, this is nepotism in its purest form: if you are related to someone famous, the fame rubs off. You have more opportunities for exposure than the average American kid, and your bone structure is nothing to shake a scalpel at. It's no wonder, then, that Smith has starred in several films and Jenner is… modeling? It would have been irresponsible of them not to step into the roles that had been carved, buffed, and polished for them. We can almost see them as a mini Kim and Kanye, playing out the same love story one generation (or half a generation) later. Musician meets reality star, and they fall madly in love. Let's just hope there's no "Bound 2" in Jenner and Smith's future.

What is more depressing, however, than her status as a mini-me at her half-sister's wedding is the idea that, since the age of ten, Jenner has been a side-show in her own life. Wikipedia sums her up with two succinct sentences:

Kylie Kristen Jenner (born August 10, 1997) is an American reality television star. She is known for appearing on the E! reality TV show Keeping Up with the Kardashians that she shares with her family.

So, while Jenner has two nail lacquers with OPI (including one called Rainbow in the S-Kylie), has launched a PacSun clothing line with her older sister, Kendall, and has modeled for Forever 21, she has yet to make waves in entertainment outside of reality television. She is still best known for moments like this, where she takes a run at the stripper pole that Kim has had installed in Kylie's parents' bedroom. I am sad for America.

Smith, meanwhile, has been making films. After Earth, a science fiction romp starring the actor and his father, earned the two Worst Actor and Worst Supporting Actor, respectively, at the Golden Raspberry Awards in 2014. Before After Earth, both Smiths starred in the respectable Pursuit of Happyness, which Rotten Tomatoes rated as 67% fresh. (After Earth, meanwhile, ranks in at 11% fresh.) The Karate Kid was also decent, which may have had something to do with an older Jackie Chan and America's deep insecurity regarding the Chinese economy. As both Smiths age, however, I am concerned that Jaden will no longer be eligible for the "cute" roles, while Will may risk alienating his fans if he stars in a third film "acting" as the father of his own son. In short, nepotism only offers a limited transfer of stardom. Once the child actor is no longer a child actor, he or she must fly from the nest in search of his or her own projects. It remains to be seen if Jaden can go the distance, or if he is destined for a life of being overshadowed by his own father.

Why, then, is it so terrifying that Smith and Jenner are dating? As this close and careful analysis has shown, talent tends to diminish in offspring raised in an environment of fame. Nurture, try as it might, cannot inculcate acting skills or raw talent in a child: only acting classes or a deathly fear of Simon Cowell can do that. If the law of diminishing returns in nepotism continues, and if Smith and Jenner ever have offspring of their own, their kids might very well be normal people, devoid of any real talent whatsoever. Then again, OPI will continue cranking out nail polish lines until the last bit of true acting talent in America has been bred into the dust.