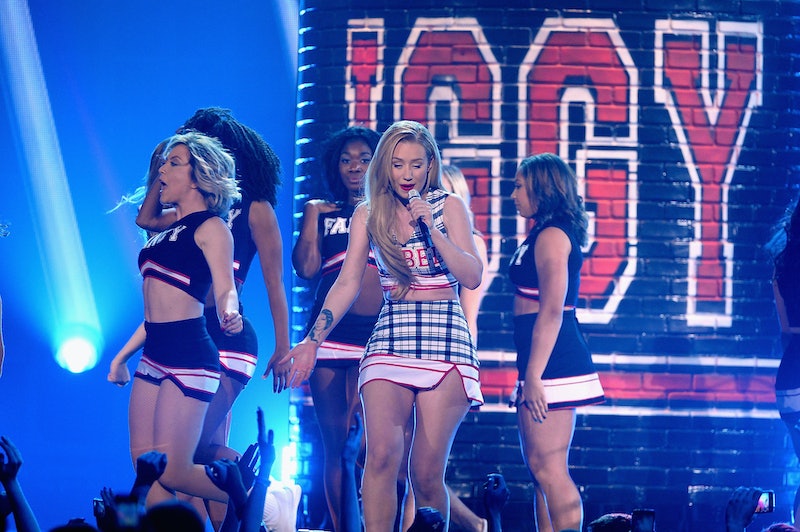 It is often the case that covers of famous songs, much like sequels to classic movies, don't always measure up their predecessors. It wouldn't hard to imagine, especially in relation to one of the catchiest songs on the radio right now, "Fancy" by Iggy Azalea and Charlie XCX. Who could ever replicate Iggy's brash style, or Charlie XCX's playful chorus? Well, as it turns out, Postmodern Jukebox recorded a 1920's-style version of "Fancy", featuring Ashley Stroud, and it comes complete with a flapper dress, tap dancing, and an upright bass,making it a notable departure from the original. Nothing could possibly beat Iggy's 90's-tastic, Clueluess inspired video, but who can resist a good brass section or that adorable little hat/veil combo that Ashley Stroud rocks in the video? This is a version of "Fancy" that your grandma might like, and I mean that in the best way possible.

One of the most impressive parts of this cover is how darn fast Stroud manages to sing the lyrics, without seeming to miss a beat or take a breath. Rapping is one thing, but just listening to her go makes my abs hurt a little bit. I'm also dying to get inside the head of whoever heard Iggy Azalea's version of the song and thought to themselves "wow, this would totally work as a flapper-esque swing song." The only thing that goes through my head when I hear "Fancy" is all the super sexy dance moves I would do if I was Iggy Azalea/anyone other than myself/a good dancer. So give it a listen, and be prepared to have not one but two versions of "Fancy" on your go-to summer playlist from now on.