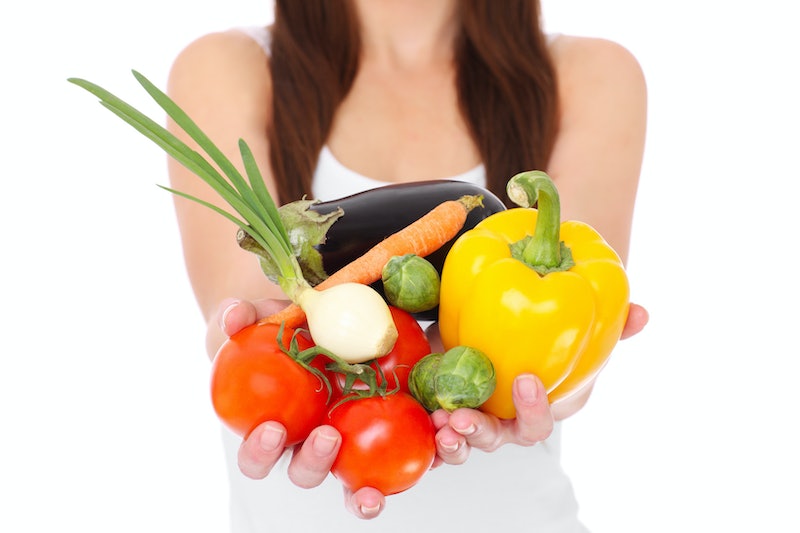 You've heard of the paleo diet, right? In which people eat like early (wo)man in order to allegedly suppress hunger and nourish their bodies in the way nature intended before the advent of processed foods? Well a new study suggests that the paleo diet does not suppress hunger. Sorry, cavepeople.

With obesity on the rise, and calorie-restriction diets notoriously bound to fail, researchers have turned their efforts towards better understanding hunger in an effort to control it. Although we used to hope that dietary fiber from plant sources would help to stave off hunger, a recent study shows that fiber may not have hunger-suppressing properties after all. Don't be confused by the headlines, though — while researchers described their findings as being about the "paleo" diet, they weren't studying the paleo diet in its common usage.

The team, based at the Imperial College London, wanted to find out whether dietary fiber from plants can reduce hunger by producing short-chain fatty acids (SFCAs) which stimulate the healthy bacteria in the colon to release appetite-suppressing hormones. They studied vegetarian humans and baboons, collecting fecal samples and testing them for SFCAs.

But, as reported in journal mBio, the results were disappointing — when the fecal bacteria cultures were exposed in the lab to different diets, both human and baboon cultures produced more SFCAs when exposed to high-starch diets than high-fiber ones. In other words, a high-fiber diet cannot be expected to suppress hunger via the colon's short-chain fatty acid-producing mechanism.

However, the researchers' conclusion, and the headlines inspired by it, are all wrong. Though the diets of paleolithic humans surely contained more plant fiber than the "standard American diet" does today, typically people mean something else by "paleo diet." Now, the "paleo diet" is understood to describe a diet rich not only in plants, but also in animal protein and animal fats. So although the researchers' subjects didn't experience hunger suppression, they weren't "paleo" in the first place — they were vegetarians! Indeed, the researchers themselves suggest that a diet higher in protein holds more promise in curbing appetite.

Even if plant fiber doesn't suppress hunger, it does help with bowel health, cholesterol levels, and blood sugar balance though, so don't think this is any excuse to stop eating your veggies. Just don't expect that salad alone to keep you full all afternoon (as if we needed science to explain that, right?)