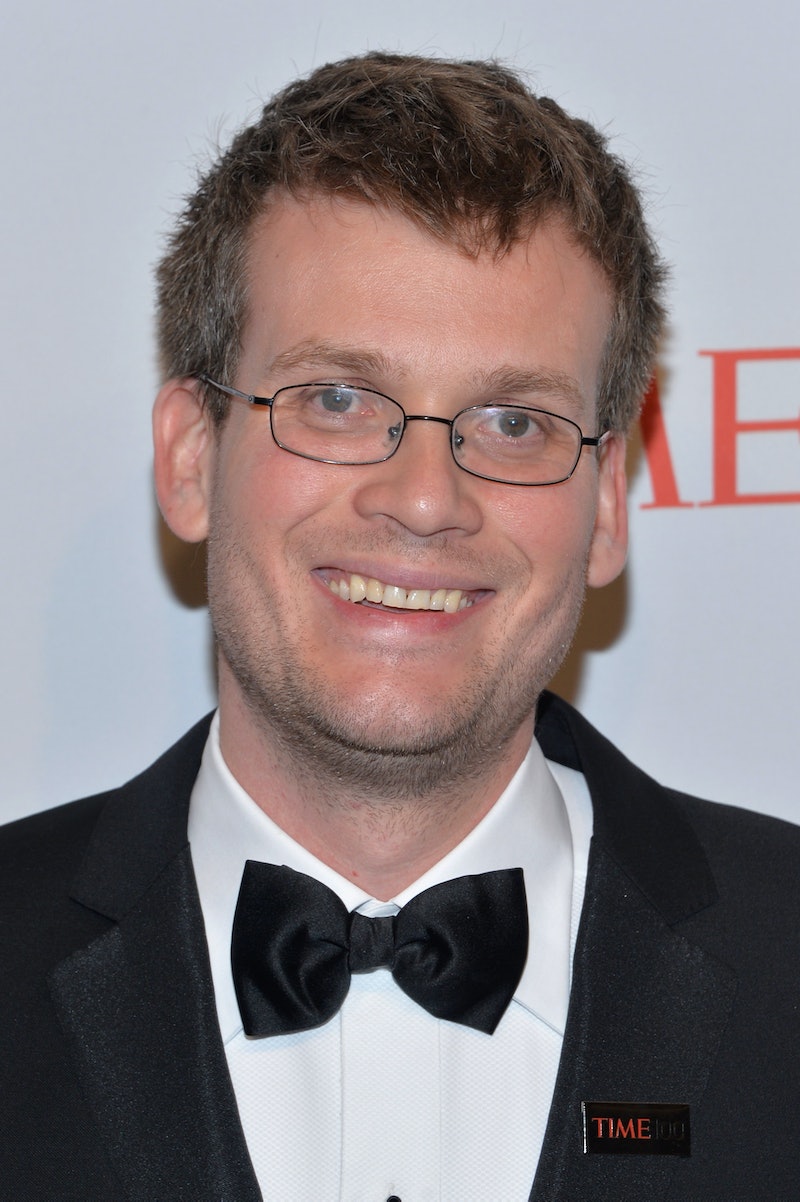 As if The Night Before Our Stars, the pre- TFIOS -premiere event in which fans can see the movie early and get swag, wasn't cool enough already, there's now one more reason to buy your tickets: as revealed on Tuesday, attendees will also get to watch John Green's never-before-seen cameo, which was deleted from the movie but will be shown exclusively to fans during the Q&A portion of The Night Before Our Stars.

According to Buzzfeed, Green was supposed to play the embarrassed father of a child who asks Hazel (Shailene Woodley) about her nasal cannula, in an altered version of a scene from the book. In the novel, it's a mom who hurriedly apologizes to our protagonist, but the TFIOS filmmakers wanted to have John Green make an appearance, so they changed the character to a man.

“My first couple attempts at the scene came off pretty poorly,” Green said of his cameo. He attempted to take the advice of his co-star in the scene, Sophie Guest, who advised him to "know your lines, be on time, and don’t be nervous," but he "couldn’t ever quite get the hang of the not being nervous part."

Green revealed back in April that the scene had been deleted. "They cut it because it was totally unnecessary to the movie-slash-I was terrible," he said, adding that he was "hugely relieved" when he learned they had cut the scene.

Luckily for fans, the author isn't so embarrassed of his acting that he can't share it with the world, or at least the thousands of people planning to attend The Night Before Our Stars. Hopefully, someone will be kind enough to record the clip for those of us who aren't able to buy tickets; it just wouldn't be fair if all TFIOS fans didn't get a chance to watch John Green happily make a fool out of himself on-screen.

Check out the first photo of Green's acting debut, below: