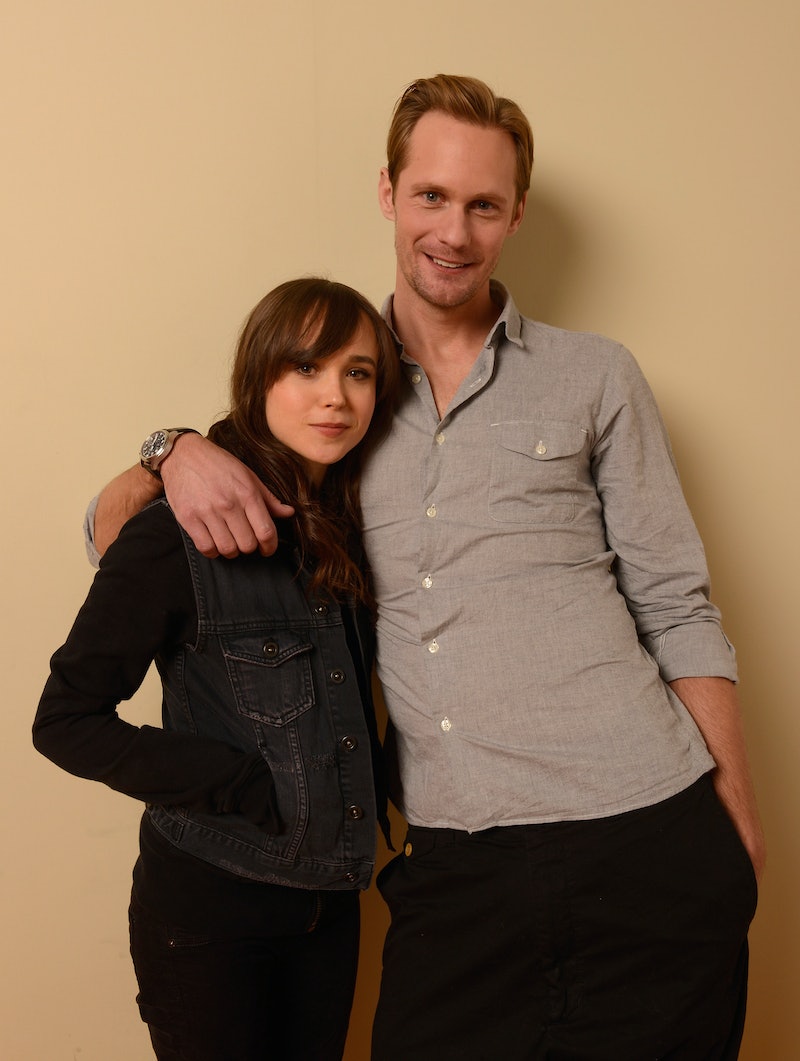 Today I saw a picture of Alexander Skarsgard kissing Ellen Page and it made me mad. Like, physically sick and more than a little grumpy. How on earth could such an unholy union be possible? It felt monumentally confusing and unfair, yet the truth is that I have no reason for reacting so vehemently to the relationship of two people I've never met. Some celebrity couples just feel innately wrong, like Skarsgard and Page, but why? Why is it so easy to feel genuine anger towards two people who dare to date each other?

1) Because When They Date Someone Normal, It Reminds Us that We Might've Had A Chance... We Just Didn't

This is not welcome. Take for example, Matt Damon and his wife, who was previously a waitress. On the surface we're all, "Oh that's so nice, he is so down-to-earth, they're so cute," but deep down, there is the nasty part of us that wants to know where on earth Matt Damon was when we were on shift, getting our asses grabbed by old men. Ugh, celebrities and their terrible taste in women — don't they know I'm out here waiting for them?

This might just be a tall girl thing, but what the hell is going on in Hollywood? Attack of the fun-size girlfriends? Josh Duhamel and Fergie, Hayden Panettiere and whatever beast she's dating, and now Skarsgard and Page? The True Blood star could probably carry Page in a backpack. This isn't to say small girls should just suck it up and date tiny men — our society would fracture into the height equivalent of star-bellied Sneetches and Sneetches with no stars upon thars, but an exaggerated height difference seems a little ridiculous. Now, I fully understand that men like to feel powerful, and dating a smaller woman might make you feel very strong/manly/hunter-gatherer or whatever, but Skarsgard has literally a foot and three-and-a-half inches on Ellen. Meanwhile, Alexander, I'm just a few comfortable inches shorter than you.

3) Because Celebrities Are Supposed To Have Shinier, More Interesting Lives Than We Do

Put nicely, we struggle with celebrities who are as dysfunctional as we are. When Chris Brown hit Rihanna, and then she went back to him, the world collectively gave them both the finger. It's one thing to excuse domestic abuse as a normal person, but somehow because she was famous we weren't sympathetic or worried. We were angry that she was doing something so spineless. Such is the curse of celebrity — they get all the nice things us proles will never have, but they are also held to absurd standards of behavior, ones that if ignored will absolutely ruin their public image.

4) Because Skarsgard and Page? Really?!

The news is about as disappointing as finding out there's another Skarsgard and Googling him.

More like this
Kelly Osbourne Found Love In Her Best Friend & Now They're Expecting
By Vivian Iroanya and Rachel Mantock
Sasha Lane’s Greatest Love Of All Is Her Daughter
By Sophie McEvoy
Kaley Cuoco & Tom Pelphrey Just Made Their First Public Appearance As A Couple
By Hugh McIntyre
Sandra Bullock, Girlboss Extraordinaire
By Matt Harkins & Viviana Olen
Get Even More From Bustle — Sign Up For The Newsletter