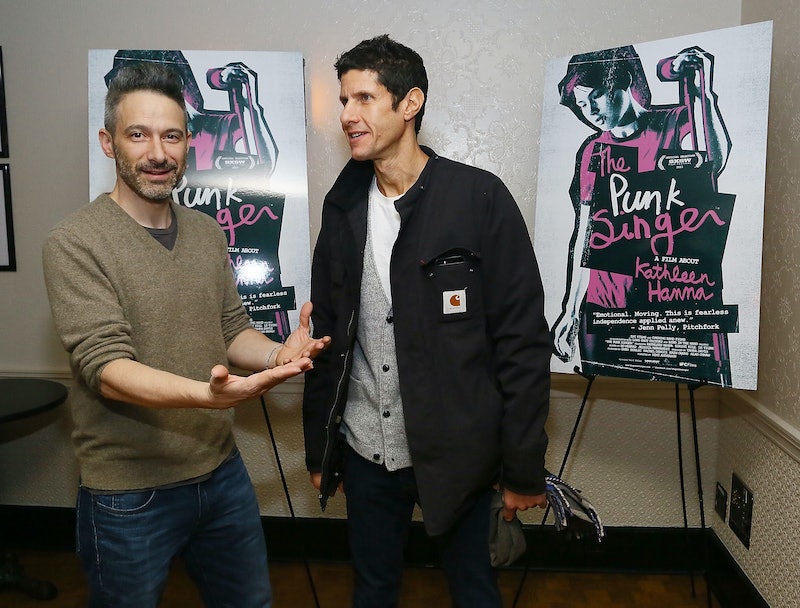 Hey everyone, if you aren't yet aware here's a tip: Don't use the Beastie Boys' music to promote your product or business. It's illegal unless you get permission and they're never going to give you permission. Currently, the Beastie Boys are suing Monster energy drinks for using their songs in a 2012 promotional video that appeared online. Beastie Boys members Adam "Ad-Rock" Horovitz and Michael "Mike D" Diamond are suing for $2 million for the company using their music without permission. The trial began in Manhattan federal court on Tuesday.

Monster admits that they used the songs illegally and claims that it was an accident made by an employee who thought the company had already received rights to the music. While the Beastie Boys are asking for $2 million, Monster's lawyer Reid Kahn has said that amount is "illogical" and the company is reportedly willing to give $125,000. The video, which was used to promote a snowboarding competition, used remixes of the songs "Sabotage," "So What'cha Want," and "Make Some Noise."

This is not the first time the Beastie Boys have sued over unauthorized use of their music. Earlier this year they settled a lawsuit against toy company GoldieBlox for remaking their song "Girls" with new lyrics that promoted their products.

As for the trial with Monster, it's moving onward with Horovitz set to return to the stand on Wednesday