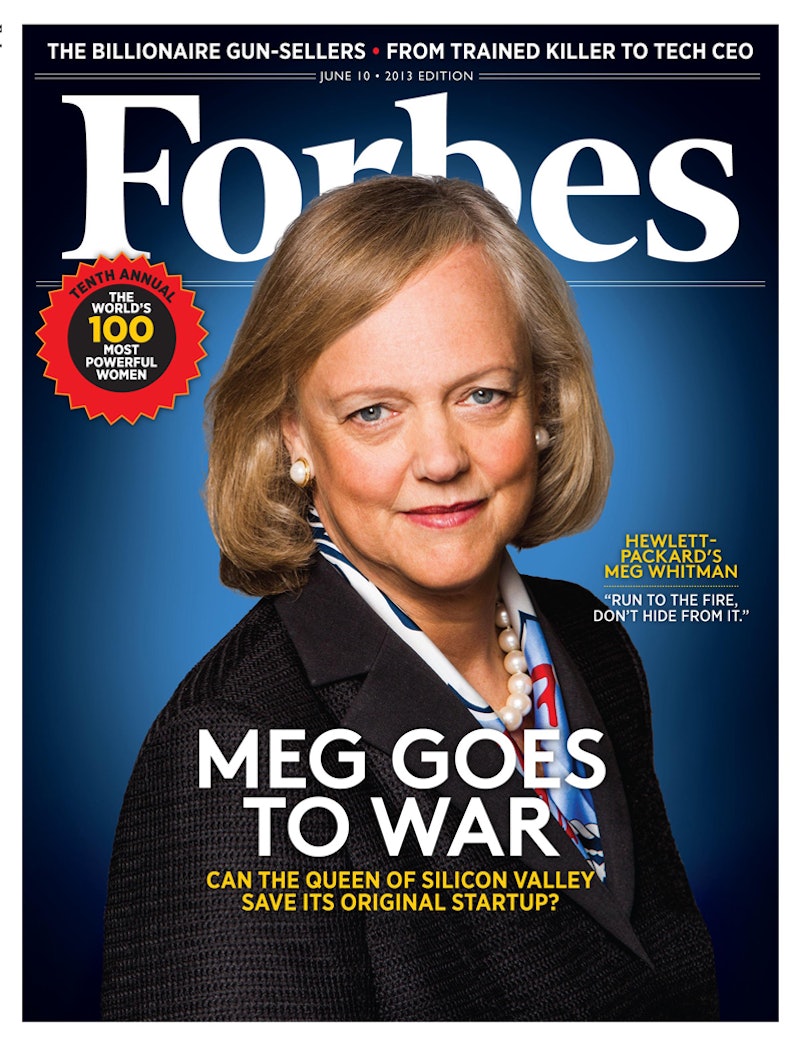 On Wednesday, we finally got to see Forbes' "World's 100 Most Powerful Women" list. But don't be fooled by the word "world" – more than half of the list is comprised of women from the U.S., and only 36 percent of women on the list are from Africa, Asia, South America, or the Middle East. Sure, Forbes is an American publication, so it's not surprising that their list highlights many accomplished American women — but a list that claims to be international should probably include more than four African women, for example, given that the population of women on that continent is well over 100 million.

So, what other powerful non-Western women did Forbes overlook? Well, here are five women who hail from Africa, Asia, South America, and the Middle East, and who are all kicking ass in their own way.

Zaha Hadid, who is originally from Iraq, owns her own architecture firm that operates internationally. She has designed buildings in Europe, the U.S., and the Middle East, and is currently responsible for the set design of the opera, "Così Fan Tutte" in Los Angeles. Hadid has taught at Harvard, Columbia, and Yale among other prestigious universities and in 2004, she became the first woman to be awarded the Pritzker Architecture Prize.

Hadid is a tour de force within the architecture community, and so powerful that she is often referred to as a "starchitect."

Spectra Speaks is a Nigerian writer and activist who runs an afrofeminism blog and founded the Queer Women of Color Media Wire. In 2010, she was awarded the Fenway Women's Health Trailblazer Award. Spectra seeks to raise awareness across Africa about issues relating to gender and the LGBTQ community. About what inspires her, Spectra writes:

My ideals come from my mother’s wisdom, solidarity with African women, including women of the Global South and other self-identified women of color, my personal values, and common sense.

Spectra is currently traveling through Africa on a speaking tour and will be coming to the U.S. in time for Pride Month.

Rapelang Rabana, who hails from South Africa, is the founder and CEO of ReKindle Learning, an education technology company that creates mobile learning devices. ReKindle seeks to make educational services available to children who might not otherwise have access to them.

Rabana was named by Forbes for their Africa-specific list in 2013 — why they chose not to include her in their 100 is unclear to us — as well as Oprah's "O Power List." She has also served as an ambassador for the United Nation's World Summit Awards.

Zhang Yin is one of the richest women in China and the founder of Nine Dragons Paper Holdings, a company that buys scrap paper from the United States and finds new uses for it. While Forbes doesn't seem to consider her one of the most powerful women in the world, they did name her the wealthiest women in China in 2006.

Yin is a self-made woman. Her father wasn't wealthy — he was a low-level military officer who was imprisoned during the cultural revolution — so Yin got her start in business entirely alone. Although we hear the rampant corrupt in China and tendency of government officials to take bribes from businesses may have helped.

Ruth Zavaleta Salgado is a Mexican politician and the founder of the Party of the Democratic Revolution (PRD). She was the first female member of the PRD to serve as the President of the Mexican Chamber of Deputies. Salgado has been a champion of bipartisanism in Mexico, encouraging dialogue between her party and the opposition during her term as President of the Chamber of Deputies.

Salgado has also worked to further women's political participation in Mexico, through her work with the group Mujeres en Plural. About her career in politics, Salgado has said she hopes to be "a role model for...not only women, [but] also for men.”