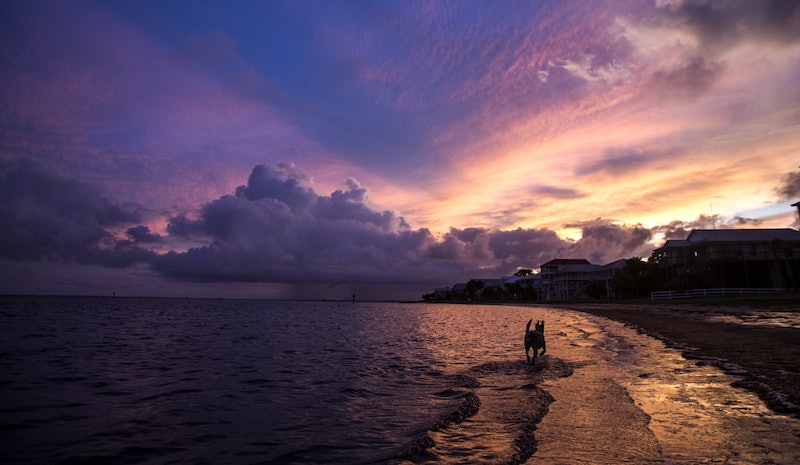 I’ll never understand why summer is the biggest season for weddings. Sure, the weather is warmer, which might at first seem like a better bet for outdoor ceremonies; but, y’know, late spring and early autumn are also relatively warm seasons depending on where you are, and it’s less likely to be a zillion degrees out, too. That aside, though, there’s no denying that wedding season is upon us — which means that honeymoon season is, too. Curious about which honeymoon destinations are the cheapest of the bunch? We’ve got some answers!

The data analysis wizards at WalletHub recently did a little number crunching to figure out which U.S. honeymoon locations will give you the most bang for your buck, as well as which ones are liable to break the bank. The top 10 list has some familiar faces in it:

While the bottom 10 has a few unsurprising picks and a few that I’m not terribly familiar with:

Here’s how they arrived at their conclusions: First, they look at the published research on the subject, using it to compile a list of 100 honeymoon locations in the U.S. touted as particularly nice places for a newlywed getaway. They also made sure to include the 26 largest cities in the U.S., because let’s face it: People love going to places like New York, Los Angeles, and Chicago for vacations. Once they had their list all put together, WalletHub compared each location for travel dates of August 23 to August 31 based on 13 key metrics divided into three primary categories: Budget, which included the lowest price of a 4-star hotel, the lowest standard rental car prices, sales tax, and the prevalence of affordable 4.5+ star restaurants; Weather conditions, including the difference between the historical average temperature for August 23 and the ideal temperature of 75 degrees Fahrenheit, the average precipitation for August 23, and the average humidity for August 23; and activities and romanticism, which included beach quality, the number of bed and breakfasts per capita, the percentage of romantic hotels, the number of attraction, the number of activities, and the number of nightlife options.

If you’re particularly interested in one of those metrics, some places might be better for you than others. Would you rather stay in a B&B than a hotel? Maine has not one, but two of the top five slots, though you might want to avoid some of the bigger cities in the country:

Or, if weather is more of a concern for you, you’re better off out west than back east:

What else can you do to make your dollar go further? Consider traveling in the off-season, even if it means delaying your trip for a few months after your wedding; you’ll get better deals and lower prices pretty much across the board. You can also register your honeymoon on your gift registry, which will both prevent you from ending up with eight million toasters you don’t need and allow you to take the trip you want. And if resorts are your thing, try going for an all-inclusive one — you’ll know upfront how much it’ll cost, and you can eat and drink your fill without paying extra while you’re there. WalletHub chatted with a whole bunch of travel experts about this very topic, so head on over there to get some more tips; you can also check out the complete ranking of all 100 cities while you’re there.

Of course, this ranking only deals with honeymoon locations in the U.S. — it’s a whole ‘nother ball game when you starting thinking about international destinations. Brides.com has a terrific roundup of wallet-friendly honeymoon resorts in tropical places like Anguilla, Antigua, and St. Lucia; the Travel Channel, meanwhile, has a few off-the-beaten-path options. Travel well!

More like this
Anguilla Is The Under-The-Radar Caribbean Destination You Need To Visit
By Rachel Lapidos
8 Money Saving Experts To Follow For Accessible Advice
By Maxine Harrison
Emily Ratajkowski & Pete Davidson's Astrological Compatibility, Revealed
By Nina Kahn
I'm A Shopping Editor & These Cheap Things Will Make Your Home Seem So Much More Expensive
By Sara Brown-Rigoli
Get Even More From Bustle — Sign Up For The Newsletter