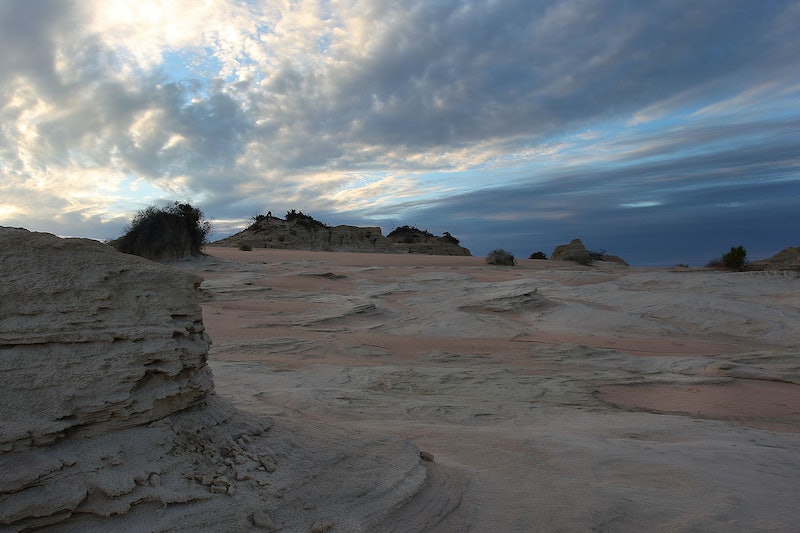 So, you've decided to take a year off between high school and college. It's what our friends across the Atlantic call a "gap year," and what our friends at home call, "Have you heard what Sarah's doing? Do you think she's OK? Why would she do that? I'm really worried about her. Has she given up on herself completely?"

Your whole life has been building toward college. You've gone to school for upwards of 13 years, all so you can go to school for four more years, and then maybe a few more after that. After that, apparently, is when your "real life" starts. But we rebels, we adventurers, we questioners of the system believe that "real life" can start whenever we want it to.

My "real life" started without me realizing it, when I took a year between graduating college and the vague future that I assumed would be getting a normal job and setting down. It was my version of a gap year — and I have yet to settle down. I found opportunities to teach English abroad, first to kindergartners in Sendai, Japan, then to post-graduate students in Prague, Czech Republic. I don't have a real calling to be a teacher, but I did have a desire to travel, meet new people, and challenge myself. I learned more about myself and the world I inhabit in that time than I had in four years of higher education.

Whether you take a gap year before or after college, people will question your motives. They'll think you're being lazy, or just looking for an excuse to take a lot of naps. And, hey, maybe you are. But I bet not. I bet you've got a great plan, a kick ass plan: you're traveling with money you've saved up, you're taking a year to do volunteer work, you're teaching English abroad, or maybe you're doing an exchange program.

Now the only thing you have to do, other than pack and maybe get some shots, is explain to everyone why you're not just going straight to college like a normal person. Here's how to explain to the haters why you're doing it.

The best thing you can do to put the haters at ease is to tell them what your plan is. Sure, you will wing a lot of your gap year, but you still know what your goals are and what you're trying to achieve. I know it was helpful for me to tell people that I was leaving for an actual job. (They didn't need to know that I'd be making pennies and using all of those pennies to see as many countries as I possibly could in between shaping young minds.)

Tell Them that This Is Your Way of Preparing for College...

College is an opportunity, and it's not going anywhere. Maybe you've already gotten into college and you're deferring, or maybe you'll use this year to keep apply to your top schools. A year away from school is the perfect opportunity to gain some perspective on how you want to attack college when it is time to go.

...But don't be afraid to admit that you need a break

It's OK to tell everyone that you just need a break. You know how your favorite food tastes even better the longer you go without eating it? Well, studying is also a lot more engaging when you go a little while without having to do it. College won't just be the "next step" by the time you get there, it will be another opportunity.

remind them of the value of Life Experience

College isn't a sprint, it's a marathon. So why is it that the only training you've ever done for it has been academic? That's like training to run an actual race by studying a bunch of runner's blogs and learning the best stretching techniques — you might be prepared to get through it, but it's going to hurt. By taking a year before college, you're going out into the world and experiencing it before thrusting yourself into the four years that are supposed to prepare you for that world.

Hopefully, your gap year will prepare you to study harder and cherish your college relationships more, and at the very least, you will at least be able to buy beer a year before everybody else. I have people tell me all the time that they're envious of the all the experiences I got in before heading into the "real world." By living a little non-school-relegated life first, you'll not only be more prepared to hit college with a fresh perspective, but entering the real world after college also won't be nearly as scary.

remind them that rest of the world does this

Listen, I'm not saying that if continental Europe decides to jump off a cliff, then you should too, but they might have their heads in the right place, re: gap years. I've hardly ever been to a hostel without running into a whole bunch of European 19-year-olds (and Aussies too) sowing their wild oats before they go to uni. Good on 'em. Get all of those important adventures and fun mistakes out of the way before you trap yourself in a beautiful, wonderful, educational prison with the same people for four years.

So good luck with your gap year before college! You're brave and smart for taking it, and I hope you do it all over again after you graduate.