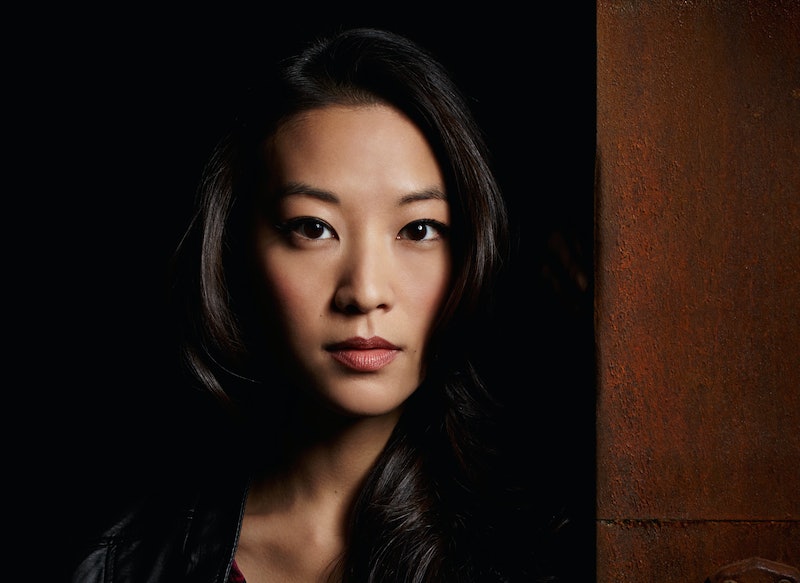 Throughout Season 3 of this MTV drama, we saw the start of a ridiculously sweet Teen Wolf romance between Scott McCall and newbie Kira Yukimura. The two first noticed each other in Kira's father's class and as soon as they locked eyes, her father immediately proceeded to embarrass her. But that didn't stop Scott from finding Kira intriguing and Kira finding Scott hot, obviously. Scott and Kira shared some really romantic and adorable moments together including Scott trying sushi for the first time ever when he went to Kira's house for dinner and they also bonded very quickly after Scott helped Kira discover what she really was and how her family's history was directly responsible for the danger that befell Beacon Hills. And while it would seem obvious that their relationship would continue in Season 4, there is a terrible tragedy standing in their way: The death of Scott's first love, Allison Argent.

From the pilot of Teen Wolf, Allison and Scott were the first true romance of the series, another sweet and tragic romance that ultimately had to end due to their status as werewolf and hunter — among other difficulties. But the two always had love for each other and Scott told Allison after their breakup that he would always wait for her. When Allison died at the hands on the Oni, she told Scott he was the first boy she truly loved and would always love.

Obviously, that's not a moment Scott will be able to get over anytime soon. The death of Scott's first love will hit him hard in Season 4, but Teen Wolf creator Jeff Davis also told E!'s Tierney Bricker that Scott does still have growing feelings for Kira that he can't stop feeling just because he's mourning.

It's possible that this is the perfect time for Kira to be there for Scott when he needs her to be and of course give him space when he needs it. Perhaps being there for him as a friend will be enough for them at the present and as Scott deals will Allison's death and starts to be able to return to normal a bit, they can try getting together again.

And then there's the fact that Kira and Allison are very similar in a few fundamental ways. So, the relationship between Kira and Scott makes perfect sense. Kira and Allison are both fiercely loyal, kind, and totally understanding. Remember how both of them reacted when they found out about Scott's werewolf identity? Most people would freak out. Understandably so. Allison was also strong and motivated by good and moral reasons, even when she was doing something silly like carrying out Gerard's instructions in Season 2. Kira has a similar level of dedication. She was willing to risk her life and outing her powers during the rogue electrical wire that almost killed several people at the Beacon Hills Hospital.

If Scott is ready to move on after Allison's death, there is literally no one better to do that with than Kira.