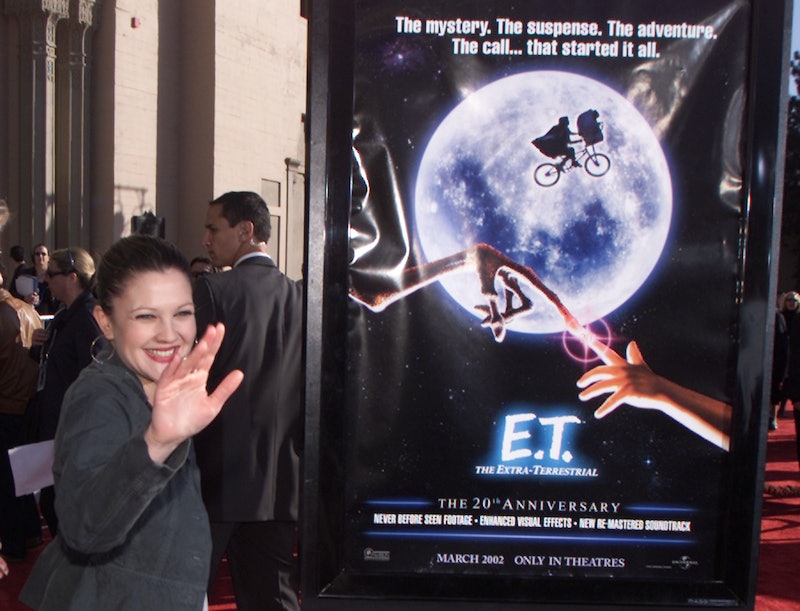 For many people, E.T. was their first memorable movie experience. But new picture of the original designs for the titular character show a side of the friendly alien that would have sent children screaming from the theatres. The beginnings of the family friendly science fiction movie weren't exactly so cheery. Before E.T. was E.T, it was Night Skies , a science fiction horror movie conceived as a sequel to Close Encounters of the Third Kind. Instead of one alien, it featured a family of five aliens terrorizing a family on a farm in Kentucky. But Steven Spielberg realized the most compelling element of the film was the relationship between kind alien Buddy and the family's autistic son, he got the inspiration for E.T.

Night Skies was scrapped, but much of the material from the movie was used for subsequent Spielberg films, most of all the character design, right down to the light up fingertips of the aliens. Rick Baker, who worked of the special effects for Men in Black, Star Wars, and Night Skies, recently shared some of his character prototypes on Twitter. They're not exact replicas — the eyes are much more human and set closer together, the bodies are long and skinny instead of short and squat, and creepiest of all, they have lips. The characters are clearly meant for a horror movie, but they have such a strong resemblance to E.T. that they'll scare the hell out of your inner child.

The whole gang. Can't you see the family resemblance?

Like an angry E.T. with severe anorexia. I shudder to think how much a young Drew Barrymore would have screamed if she saw this in a closet.

The arms are a little longer, but they still have those bulbous, light-up fingertips.

This was meant to be "Buddy," the nicest of the aliens. He's still got the wide-eyed look of E.T., but his close resemblance to a human child is pretty creepy.

Still don't get the resemblance? Here's one of the original Night Skies aliens, although his eyes aren't quite finished...

Baker painted over the original image and tweaked it a little, and it becomes E.T.'s stern-looking dad.