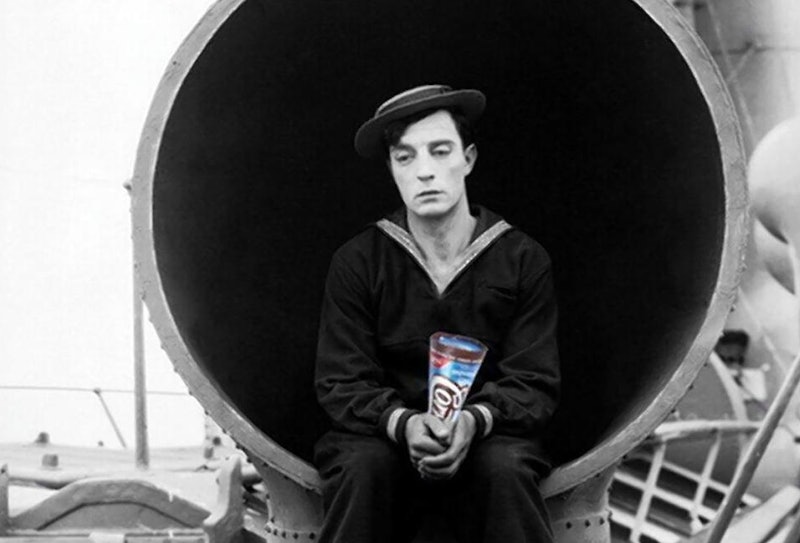 Nothing gold can last forever, and the Marvel Cinematic Universe and its fans seem to be in a rather uncomfortable confrontation stage over that fact as we speak. Edgar Wright's departure from Ant-Man rocked the boat in a major way, after all — and now The Hollywood Reporter's reporting with confidence that they know what caused the split. It's a rumor, still, but it's one in which all the pieces fit (un)comfortably together. And one that shines a light on the monolith that Marvel's very quickly become.

The portrait THR paints is one that reoccurs in Hollywood from its very beginnings and into the present day: The beloved creative entity butting up against the corporate essence of the blockbuster. To translate: Edgar Wright, whose Cornetto trilogy are cult treasures, is the beloved creative entity. Marvel's the former "independent and feisty" upstart, according to THR, who hired Wright for his frenetic vision only to backtrack when things got too original for their tastes:

Sources say Marvel had been unhappy with [Wright's] take on Ant-Man for weeks. Originally set to begin shooting June 2, the production had been put on hiatus while Feige ordered revisions of the script that was co-written by Wright and Joe Cornish. According to sources, Wright had been willing to make revisions earlier in the process. But the new rewrites took place without Wright's input, and when he received Marvel's new version early during the week of May 19, he walked, prompting a joint statement announcing his exit "due to differences in their visions of the film."

It's important to note that Wright had been working on Ant-Man since 2006 and his vision was the reportedly the reason Marvel picked Ant-Man as their next superhero in the first place.

The source fueling this particular version of events is, yes, anonymous, and everything swirling around the rumor mill right now is still technically conjecture. But when you look at the pieces, it makes sense.

Joss Whedon, for instance, is a man with heaps of public love for Marvel: He's practically part of their monarchy right now, after all. He's a prince to Kevin Feige's king, directing the Avengers movies and making sure things fall into place throughout the Marvel Cinematic Universe in a way that leads to the best possible Avengers climax.

But he's also long been a man whose heart truly lies with the underdog — and with the creatives. He was an active agent in the 2007 Writer's Guild Of America strike (that's the very reason Dr. Horrible's Sing-A-Long Blog exists), and he almost quit Buffy the Vampire Slayer when the brass at The WB threatened to not let him include a same-sex kiss on the show.

Soon after news of Wright's departure went public, Whedon tweeted his support not to Marvel, but to Wright, showing himself forlorn and holding a cornetto. He's a man all about writer's creating their own destinies — his disappointment over the changes that were made to the original Buffy movie against his will have been public for years. Following all this, and adding in what's being reported on what went down behind-the-scenes, it makes sense that his allegiance lies with Wright.

Whedon's sentiments echoed a tweet that Wright sent out (and promptly deleted) soon after Whedon's. That one was captioned "selfie" and pictured Buster Keaton — also holding a cornetto, also looking heartbroken. Given that Keaton's history with Hollywood included signing himself over to a large corporate entity (MGM) only to have his creative power stripped from him, the message was pretty clear. Double-down with the fact that Marvel simultaneously swapped out Drew Goddard as Daredevil showrunner — despite the fact that they were already several scripts in — and all the chatter about Marvel's corporate vision clashing with those of their creatives have triple the stench of the truth.

As another source told THR (emphasis ours):

‘Kevin Feige [and his top lieutenants] run Marvel with a singularity of vision, but when you take a true auteur and throw him into the mix, this is what you get,’ says a source. ‘They don’t want you to speak up too much or have too much vision. People who have never worked there don’t understand how they operate, but if you trust them, they have an amazing track record.’

Marvel's been sailing along since the premiere of the first Avengers movie, riding the high of critical favor (something DC's cinematic forays don't have at the moment), coasting on the promise of some great summer blockbusters. But what Marvel seems to be forgetting — at least if the rumors are true — is that what really landed them in the position to court that critical favor was the wit of Iron Man. It was the incredibly smart decision to hire an auteur like Joss Whedon when it came to The Avengers — a person with a vision who could take them places.

If they're scared of Guardians of the Galaxy being as quirky as it looks, or of Edgar Wright's Ant-Man being as irreverent as Wright's other works, then they're underestimating what their audience is looking for, and what put Marvel in this position in the first place: Superhero movies that don't look down on their audience for liking them.

Marvel might be getting too big for its britches. But hey, you can bet we'll be looking forward to Wright's next project.