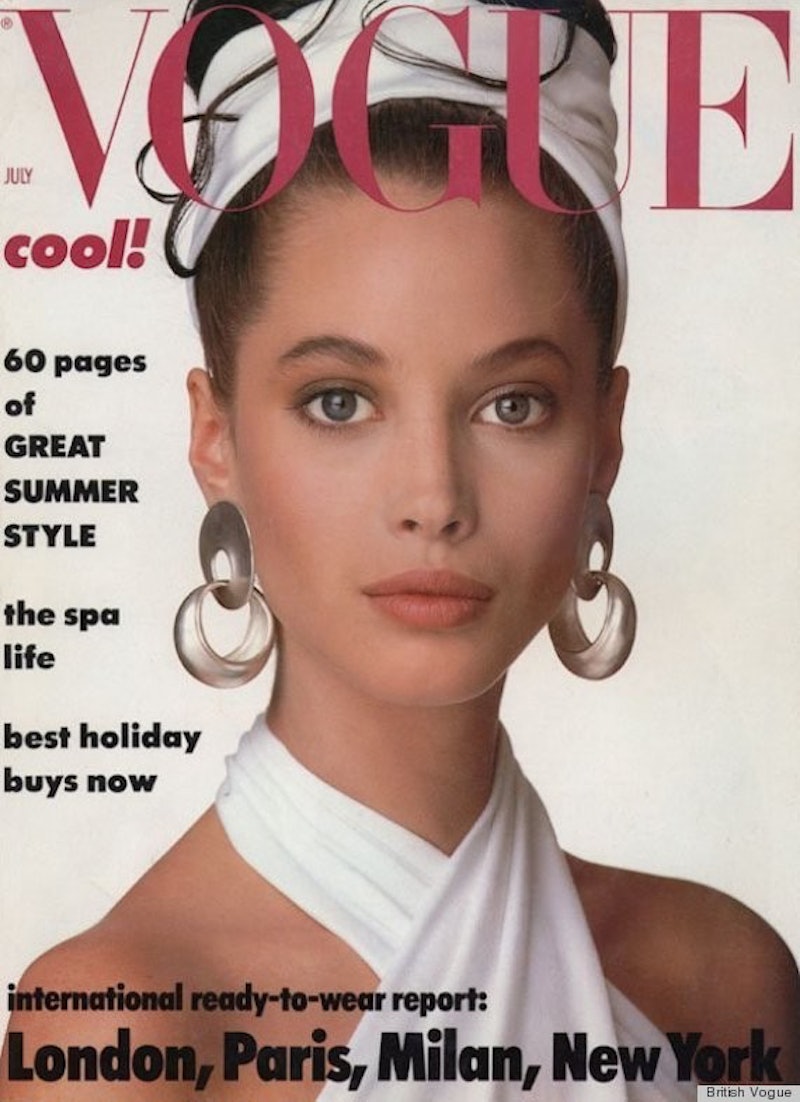 Christy Turlington is officially back. The famous supermodel is (once again) gracing the cover of British Vogue for their July 2014 edition, and she looks completely fabulous. Turlington is no stranger to Vogue or magazine covers in general, and stunned on her first Vogue spot back in December 1989 (the woman has not aged). 45-year-old Turlington looks gorgeous and completely natural on the July 2014 cover and whether it's good genes, expensive skincare products, or simply the ever-present power of Photoshop, Turlington looks like she almost hasn't aged at all. It's impressive, really.

Turlington isn't the first celebrity or model to appear on a magazine cover multiple times. Every magazine has their favorite cover girl, and it's amazing to see how celebrities have changed over the years between the covers. Ok, let's be honest; it's even more amazing to see how they haven't changed (really, though, can someone just tell me what face cream Christy Turlington uses?). And by amazing, I mean just a little bit scary. But I digress. Whether it's Kate Moss for Vogue (she's graced the cover of British Vogue over 30 times over 21 years) or other famous celebrities on any variety of magazines, here's a look at a handful of the best celebrity magazine covers, now and then.

Like I said, someone get me whatever anti-aging serum she's using. ASAP.

Well, Kate not only looks pretty much the same (dare we say...even better?), but she's apparently gotten a lot happier as well. Oh, and she's only 19 in the first cover. Crazy.

I've spent a solid ten minutes going back and forth between the two pictures. Does aging even exist for Cameron? Maybe it's all her unusual beauty habits that keep her looking like that.

Alright, Julia, you win. At life. You just win.

And that, my friends, is how you age. Magic Meryl indeed.

Ok, well this is just scary.

Who runs the world? (An ageless) Beyonce.

More like this
23 Times Meghan Markle Dressed Just Like Princess Diana
By Bustle UK
The $6 Drugstore Beauty Product Taraji P. Henson Uses Every Single Day
By Danielle Sinay
Sarah Jessica Parker Will Change Your Outlook On Aging
By Rachel Lapidos
12 Of Halsey's Makeup Looks That Are True Works Of Art
By Paris Giles
Get Even More From Bustle — Sign Up For The Newsletter