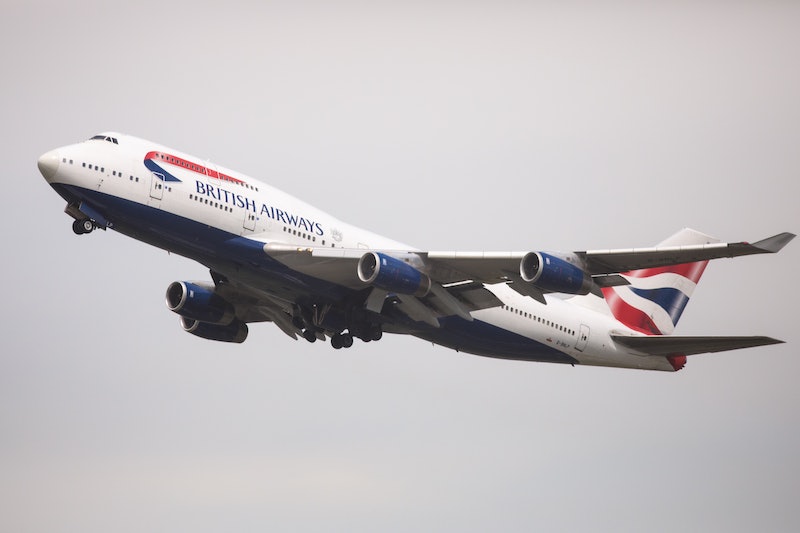 If you happen to, God forbid, die while aboard a British Airways airplane, you can rest assured that you'll get VIP treatment from the crew. As revealed in an upcoming BBC documentary, A Very British Airline, British Airways has upgraded its policy for the event of a passenger death — instead of putting the dead body in the restroom (!), they now move them to a first-class seat. Whether or not the passenger gets the usual complimentary champagne is unclear.

In the documentary, the lead trainer calls the situation a "gray area," and it seems like it's one that's seen many iterations of airline protocol — none of which seem ideal. In fact, one of the earlier policies was to just pretend the deceased passenger was asleep and allow them to continue sitting next to their live seatmates.

"It’s what we used to do many years ago — give them a vodka and tonic, a Daily Mail and eye-shades and they were like, they’re fine," the lead trainer explains in the series. "We don’t do that." She also revealed that they would "tuck a blanket right up to their necks" for added effect. "In a nice, easy world — where someone dying on an aircraft isn’t — you put them back on seats," she continued. "I know a crew member who had to sit next to someone who passed away and for the rest of the flight."

Well it's a good thing you don't do that anymore, but I wonder how long this Weekend at Bernie's policy was the standard procedure.

Then there was the classic "out of sight, out of mind" strategy of putting dead passengers in the airplane lavatory. Soon they realized that not only is this the absolute least dignified way of handling a corpse, but it's also a safety hazard.

"If they slid off the toilet, they would end up on the floor," the trainer explained. "You would have to take the aircraft apart to get that person out. Imagine putting someone in the aircraft toilet?"

No, I can't imagine it, actually. But apparently that's what they used to do. It seems now British Airways has come up with the most ... agreeable solution of moving deceased passengers to first class.

So, what other bizarre strange airline policies are out there?