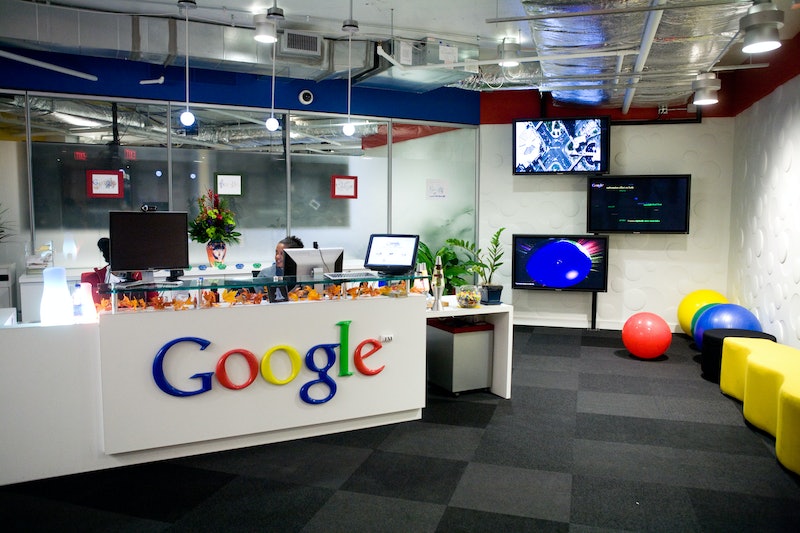 In a self-proclaimed effort to do better, Google released employee statistics on diversity to the public Thursday, laying bare a troublingly dominant presence by the very group that always seems to top these lists — white men. The decision to release the figures to the public is a heartening one, but the race and gender disparities displayed in their numbers is beyond dispute. As the post unveiling the demographics stated: "We’re not where we want to be when it comes to diversity."

Nope. This isn't a dilemma that Google faces alone — it's a challenge faced by the tech sector writ large. Stats from the Department of Labor show that from 1999 to 2012, within the top ten companies in Silicon Valley, the situation's gotten worse, not better. Female participation has been on a slow slide throughout that period, while since 2005 the prevalence of white men employed at those tech firms has exploded. The number of Asian employees working for these firms has similarly declined steeply since 2005. Despite that, Asian representation is still dwarfing in comparison to the rates of black and Hispanic employment over that time.

It's all a dismal state of affairs, but at least Google is taking the lead and trying to fess up to it. As they said:

And it is hard to address these kinds of challenges if you’re not prepared to discuss them openly, and with the facts.

So, in the interest of that open, factual discussion, here are the three absolute worst things about Google's diversity problem.

The numbers show that a whopping 70 percent of Google's global workforce is male, which is right in line with the trajectory of the top tech firms over the last dozen or so years. But the divide becomes starker still when the discrepancy between tech and non-tech jobs comes into play — while women account for 48 percent of Google's non-tech jobs, tech jobs themselves are even staggeringly male, by a margin of 83 to 17 percent.

In other words, women are just fine for the admin side of things, but keep them away from all the complex, technical stuff. It should come as little surprise that the figures on corporate leadership are similarly poor, with just 21 percent of women ascending to the upper-echelons of the corporation.

A look at race at Google indicates a tough road for prospective black and Hispanic employees at any level — combined, the two groups make up a paltry five percent of the company's total workforce. When the non-specific "two or more races" demographic is added into the mix, that swells to a mere eight percent.

But it's the leadership demographics that really hammer the point home. Already a scandalously thin slice of Google's employee base, every minority group gets even shorter shrift when it comes to roles in leadership. Asian employees have the most presence at 23 percent, but besides that, it's basically a white person's game — 72 percent of Google leadership is white.

By any standard of fair representation of the American public, Google's levels of racial diversity would look a whole lot different than they do. For starters, white people account for just 63 percent of the American population, and believe it or not, that's higher than what Google employs throughout their entire workforce.

Similarly, Asian representation at Google outpaces national demographics recorded in the 2010 census — just 4.4 percent of the U.S. population, the percentage of Asian Google employees is nearly six times higher than that. But the extent to which they lack black, Hispanic, and mixed-race hires, and keep the halls stuffed full of men, basically blows up the representative model.