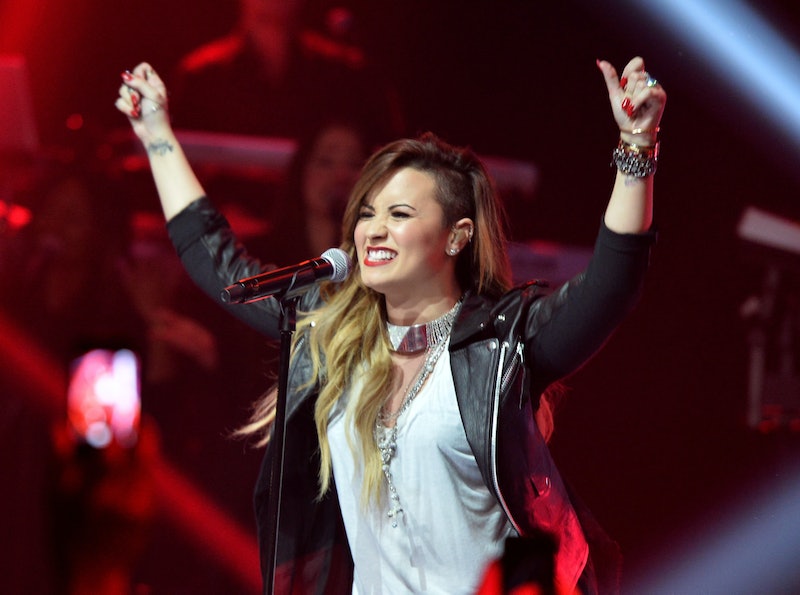 Demi Lovato certainly likes to keep her fans on their toes. After teasing all day of a big announcement she had planned for Thursday, she finally announced the North American dates for her DEMI World Tour, named DEMI after her most recent album. It's starting to look like 2014 might be an excellent year for concerts after all, between Lovato's world tour and Beyoncé and Jay Z going on a summer tour together for the first time. This might not entirely make up for all the concert dates that other artists such as Lady Gaga, Miley Cyrus, and Janelle Monae have had to cancel due to illness, but it certainly helps.

Naturally, her Lovatics are already curious to know what other countries Lovato plans to visit after North America. The idea of a global tour is intoxication, with people chiming in that she should visit everywhere from Italy to Brazil even though she hasn't even finished announcing the North American states she'll be visiting yet. But who can blame them? Lovatics are up there with Directioners and Beliebers as the most crazy loyal fan base and this will be Lovato's first world tour. It's essentially time to speak now or forever wait until she decides to tour your country individually.

Lovato's world tour announcement has quickly dissolved into an international campaign to get her to show her face in as many countries as possible, but the overall reaction is incredibly positive and no fights have broken out — yet. Lovato will be joined by Christina Perri and MKTO as she cruises across the country and tickets go on sale June 3 for Citi card members and June 6 for the general public.

Check if the DEMI World Tour is coming to a venue near you below.