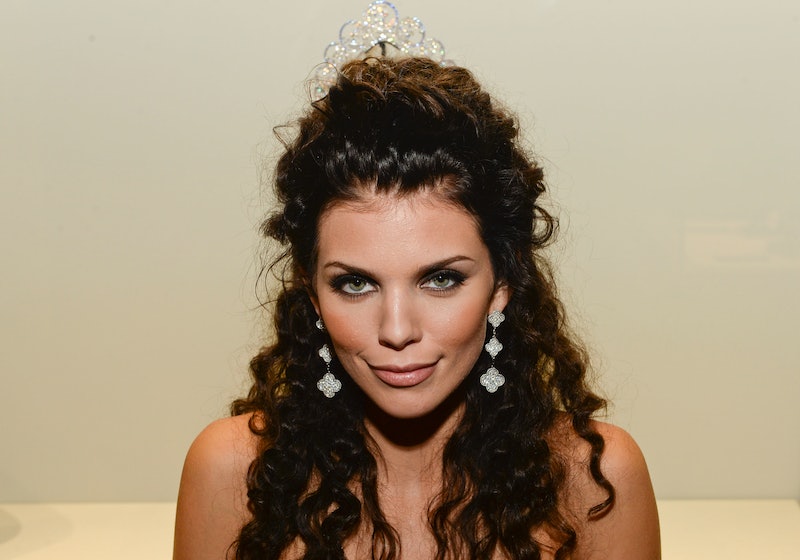 AnnaLynne McCord has decided to speak out about traumatic events that happened to her as a child and as young actress living in LA in the hopes that her story will provide support to women who feel they don't have a voice. In an article for the July 2014 issue of Cosmopolitan, AnnaLynne McCord recounts being raped by a friend at age 18 as well as abuse she was put through by her parents as a child. McCord's story is a powerful one of a young woman who was near suicide finding power within herself, particularly because it is told in McCord's own words.

In the article, McCord says that growing up her parent's form of discipline was what she considered abuse. "My parents believed in strict 'discipline,' as they called it — I would call it abuse. The punishments were painful and ritualistic." McCord explains that she and her sister were often spanked with rulers or paddles and that with her parent's strict rules about dating and watching television, "It was like we were living in 1902."

McCord goes on to explain how the confusion of someone who loves you constantly hurting you shaped her view of sex and relationships once she was older and had moved out of her family home.

Years later, when McCord moved to Los Angeles at 18, she let a friend stay with her for a night because he had no place to go. She says, "I had known him for some time, so I said to come over and I set him up with a clean towel. We sat on the bed and talked for a while, then I fell asleep. When I woke up, he was inside me." She explains that after pretending to be asleep for a moment because she felt "disoriented and numb" she told him "Please don't!" and he stopped and went into the bathroom. In the time that would follow, McCord saw him when she was out with other friends and eventually confessed to those close to her about what had happened.

McCord works into her article the jobs she had over time and how they play a part in her traumatic story, especially a rape plot that occurred on 90210.

In addition to sharing her story with the public via Cosmopolitan, McCord says she also visits shelters for sex slavery victims in Cambodia every year. She says, "They became my friends, my sisters. Through helping them heal, I began to heal myself."

McCord's full story is available online and will be released on newsstands June 3.