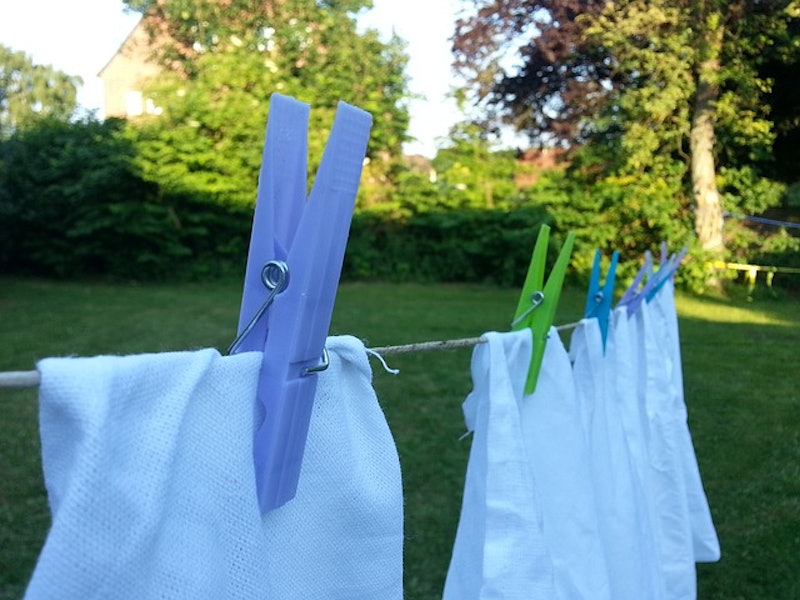 What's the best thing that dads can do for their daughters? Well, it turns out it might just be doing the laundry. According to a new study, when fathers share household chores with their wives, their daughters are more likely to be interested in more ambitious careers, including STEM fields like medicine. Who would have guessed that a housework was so important!

The study looked at 326 children, ages 7-13, and found that in homes where the dads didn't pull their own weight when it came to chores, daughters were more likely to aspire to careers like teacher or nurse. For girls whose father's did pitch in, though, ideal careers ran more along the lines of scientists, doctors, even police officers.

In some ways, these results make a lot of sense. After all, the best way that parents can demonstrate to their daughters that gender roles aren't important is by modeling that behavior themselves. Feminist parents can tell their daughters they can be anything they want when they grow up, but if those daughters only see mommy doing the housework, they're still going to internalize the idea that chores are for girls. By enforcing gender roles around the house, parents at best are sending mixed messages. It makes sense this would be reflected in their daughters' career goals.

And this poses a big theoretical problem, since women still do most of the housework, on average logging in over 13 hours of housework per week. So since sharing the housework turns out to be good not just for grown women trying to "have it all" but also for the next generation of girls, maybe it's about time that fathers every stepped up and did some dishes.

Of course, you should also teach them about respecting themselves and all that stuff, too. A few loads of laundry does not a feminist daughter make. But still, it's an important step, apparently. So, guys, I know chores suck, but it's time to take one for the team and model some egalitarian behavior for the next generation. You can do it. I have faith. Plus, it turns out it's not much of a workout anyway.