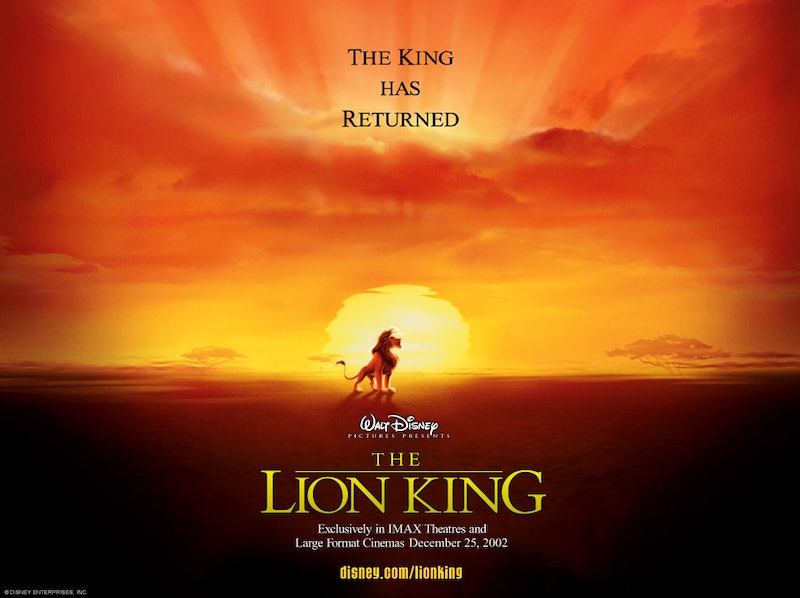 Hey 90's kids, ready to feel old? The Lion King 's epic soundtrack came out twenty years ago. That's right, the epic tale of family, love, and destiny on the Savannah that you so vividly remember seeing in theaters has been around for two decades. There are kids who were born after The Lion King came out who can legally vote. I'll let that sink in.

The only thing more epic than seeing The Lion King in theaters was listening to the epic, Elton John-scored soundtrack, which was released exactly twenty years ago today, and, if you're anything like me, was on constant rotation in your mom's car's cassette player. And then, when you got a little older, in your personal cassette player. And then, when you were older still, on your iPod, where you always kept a few definitive Disney soundtracks handy for nostalgia's sake! It's not just a soundtrack, though; the music of The Lion King is so iconic that it has become a part of our generational identity.

It's hard to believe that any of the soundtrack's songs could be improved in any way- and maybe they can't- but many people have tried. Type in "Lion King Cover" on YouTube and you'll find yourself weeding through hundreds of thousands of videos of 90s kids like yourself putting their own personal spin on the music they grew up on. Luckily, you don't have to weed through hundreds and thousands of videos- I've done it for you, picking the best of the best (and sometimes, the funniest of the funniest)!

You've probably heard all of the songs hundreds of times, but, in celebration of two decades of the classic soundtrack, here are 15 covers to change the way you hear The Lion King!

The Circle of Life

I Just Can't Wait to Be King

Can You Feel the Love Tonight?