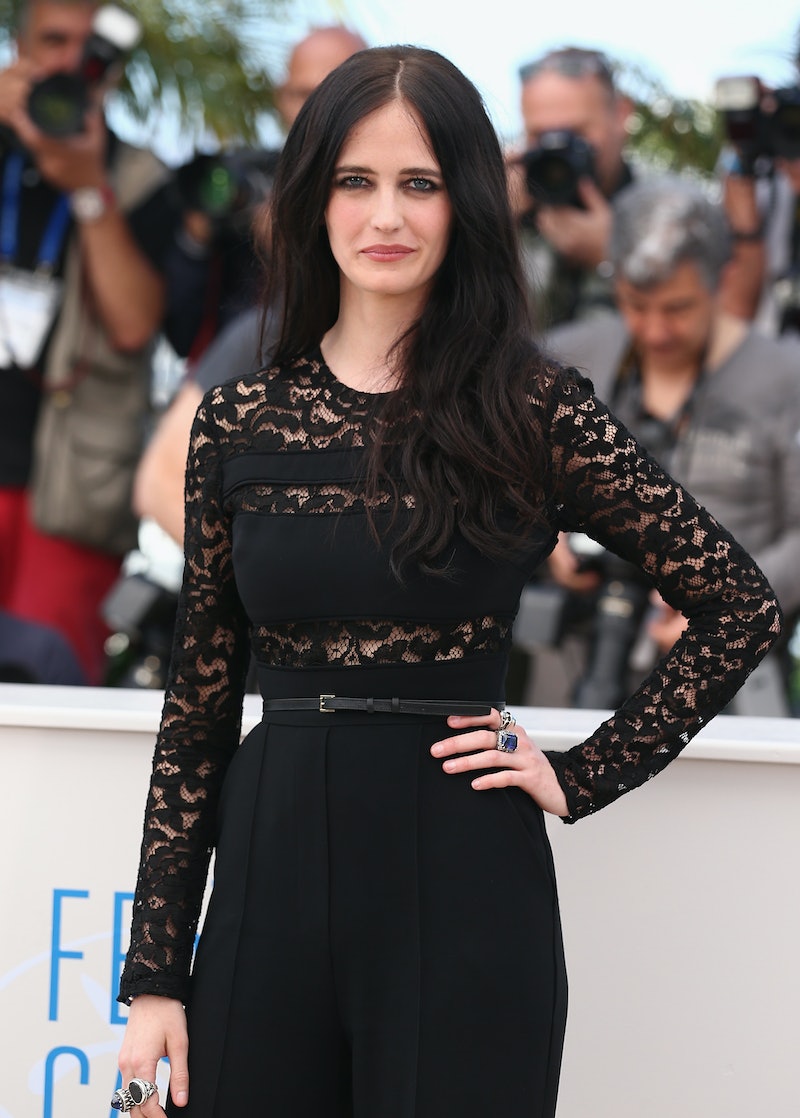 We live in a world where you can't even look at your phone without seeing another story of senseless, rampant violence, but let's not forget the most important thing: protecting children from seeing side-boob! At least, that's why the MPAA is concerned about the new Sin City: A Dame to Kill For poster, and why they're pressuring the studio to change it.

The poster features actress Eva Green looking sickening (whether it's the good 'sickening' or the bad 'sickening' depends on how much you agree with the MPAA on this matter) in a sheer robe, through which you can clearly see what the MPAA refers to as the "curve of under breast and dark nipple/areola circle". This is, of course, unacceptable- were we talking about Ms. Green's cleavage, or front side-boob, no problem! But side-boob with the implication that that boob might have a nipple attached to it? THINK OF THE CHILDREN!

There has been no official statement released on the matter yet, so there's no way of knowing whether or not the studio will comply with the MPAA's wishes and censor the poster (photoshop a bit more opacity onto Ms. Green's robe and surely there can be no objection then!) or if they will pull it altogether.

It seems unlikely, though, that they will photoshop the gun being held provocatively in Ms. Green's hand. No, because it's boobs, not guns, that are tearing this country apart.

Check out the poster in question below- SHIELD YOUR EYES!

More like this
23 Times Meghan Markle Dressed Just Like Princess Diana
By Bustle UK
'The Great British Sewing Bee' Semi-Final Is Extra Special For This Reason
By El Hunt
What Is Elvis Presley’s Net Worth? How The King Earned & Spent His Fortune
By Grace Wehniainen
Taylor Swift's “Carolina” Theme For 'Where The Crawdads Sing' Soundtrack Is Here
By Jake Viswanath
Get Even More From Bustle — Sign Up For The Newsletter