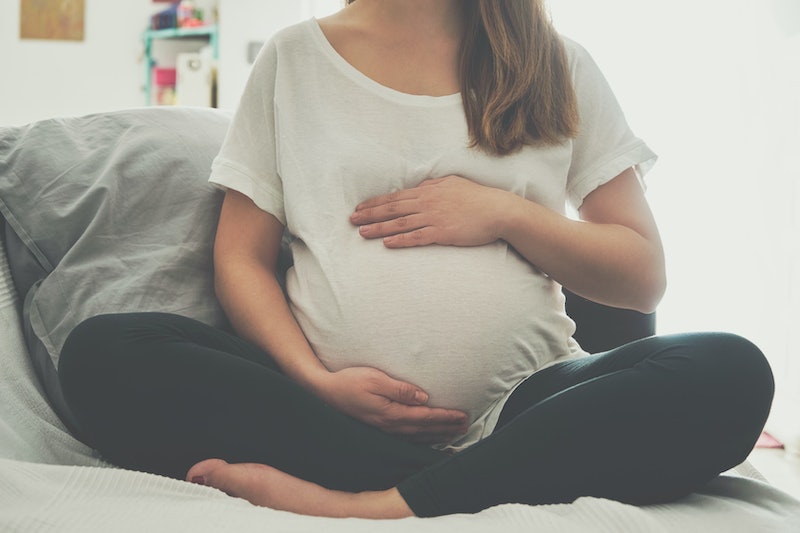 The first question I asked my newly pregnant friend was “Aren't you scared?” I didn’t mean scared to raise the kid–I was referring to the hours-long process of pushing a human being out of your vagina. Well, according to a new French study, it might be time to put our fear on the shelf and try and enjoy ourselves.

While most of us think of childbirth as a painful process, French psychologist Thierry Postel found that many women experience feelings of pleasure. In this study, published in the journal Sexologies, Postel collected 109 survey from midwives who had assisted 206,000 births. 668 cases of mothers reported “orgasmic sensations” during childbirth, and 868 mothers showed signs of pleasure. Nine mothers actually had orgasms.

Apparently, the nerve endings associated with pain are the same that cause pleasure, and pleasure-associated stimulation of the vaginal canal can actually block pain. In 1982, psychologist Barry Komisaruk at Rutgers University found that orgasm could increase a woman’s pain threshold by 100 percent.

The flurry over this controversial orgasm first started in 2009 with the release of documentary film Orgasmic Birth: The Best-Kept Secret, directed by childbirth educator Debra Pascali-Bonaro. The news led to a debate among internet commentators that still continues today. While some complain about the psychological impact of “knowing I came into the world covered in my mum’s happy juice” others praised the possibility of enjoyment, “like one of life’s little rewards for having a baby.”

Pascali-Bonaro made clear in an interview with The Daily Beast that the pleasure of giving birth is broader than a straight-up orgasm:

The word ‘orgasmic’ can be used to describe food or a number of experiences, but in the film we use it to describe the heightened physical and emotional response during birth that is in line with pleasure. One of the purposes of the film is to broaden our vocabulary on birth with words like bliss, ecstasy, joy, transformation. It’s broad enough to also include women that actually do have an orgasm, but that certainly shouldn’t be a performance standard!

Strangely enough, a popular reaction has been a backlash against eroticizing the whole process. In his study, Postel himself warns against using these elusive orgasms to “sexualize childbirth.”

One woman who was interviewed in the study reported dancing along to her contractions in “a cross between belly dancing and pole dancing and some animalistic dance,” noting that she has “never been so high in my whole life.” I’ll have whatever she’s having.