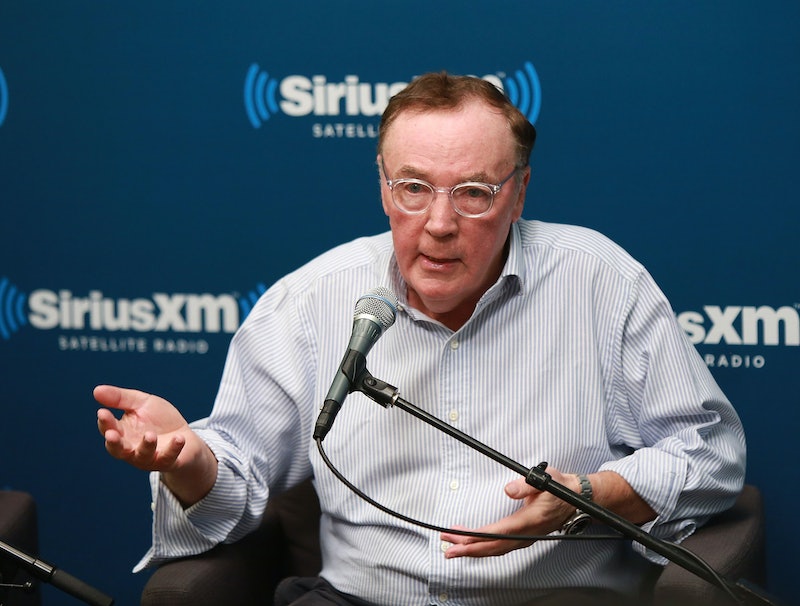 You don't have to be a struggling indie author to feel Amazon's stranglehold on your literary neck. Not even million-dollar writers are immune to publishing fluctuations, bookstore closings, and the Amazon monolith's impending world domination. At a luncheon during Book Expo America on Thursday, James Patterson — one of the best selling authors of all time — took to the floor to publicly criticize the effect that Amazon is having on American reading culture.

Patterson was there to receive an Indie Champion Award from the American Booksellers Association, since he pledged to give $1 million to indie bookstores across the USA this year. Of course, there's nothing indie about Patterson, but this is what's traditionally known as "using one's powers for good." The mega-author truly cares about the state of little bookstores and struggling authors, and he doesn't like what he's seeing: Amazon, stomping on literature. Plus, Amazon is currently locked in a weirdly public and unsavory battle with publisher Hachette, who publishes Patterson, wherein they sketchily delay shipments or take their sweet time restocking Hachette inventory. If you want a Patterson thriller off Amazon, you'll have to wait for it. So for Patterson, things just got real personal.

The speech was a version of a Facebook post that Patterson wrote on May 13, which he termed "the four most important paragraphs I'll ever write." The post read, in part:

The press doesn’t seem to consider this newsworthy, but there is a war going on between Amazon and book publishers…. Currently, Amazon is making it difficult to order many books…. What I don’t understand about this particular battle tactic is how it is in the best interest of Amazon customers. It certainly doesn’t appear to be in the best interest of authors.

More important — much more important — is the evolution/revolution that’s occurring now in publishing. Small bookstores are being shuttered, book chains are going out of business, libraries are suffering enormous budget cuts, and every publisher — and the people who work at these publishing houses — is feeling a great deal of pain and stress. Ultimately, inevitably, the quality of American literature will suffer.

If the world of books is going to change to ebooks, so be it. But I think it’s essential that someone steps up and takes responsibility for the future of American literature and the part it plays in our culture. Right now, bookstores, libraries, authors, and books themselves are caught in the cross fire of an economic war. If this is the new American way, then maybe it has to be changed — by law, if necessary — immediately, if not sooner.

Snobbier writers may not consider James Patterson "literature" (don't worry, he's laughing all the way to the bank), but Patterson cares deeply about the state of quality, highbrow, canonized literature, whether he's included in the canon or not. During his BEA speech, he elaborated,

If we don't fix those problems, the quality of American literature is going to suffer. Fewer or no more Infinite Jests, Blood Meridians, or Book Thiefs, less of a chance for young writers, like James Patterson back in 1976, to be published — or maybe that would have been a good thing?

I'd like you to think about this, and I'd like the press to think about this: Publishers are not terribly profitable. If those profits are further diminished, publishers will produce less serious literature. It's just a fact of life. And that's one of the reasons why right now, the future of our literature is in danger. I will say that there are no clear-cut villains — yet — but there are no heroes either, and I think it's important that major players involved in publishing, as well as the press, and our government, step up and take responsibility for the future of our literature and the part it plays in our culture.

It kind of sounds like he's talking about the apocalypse. And maybe he is.