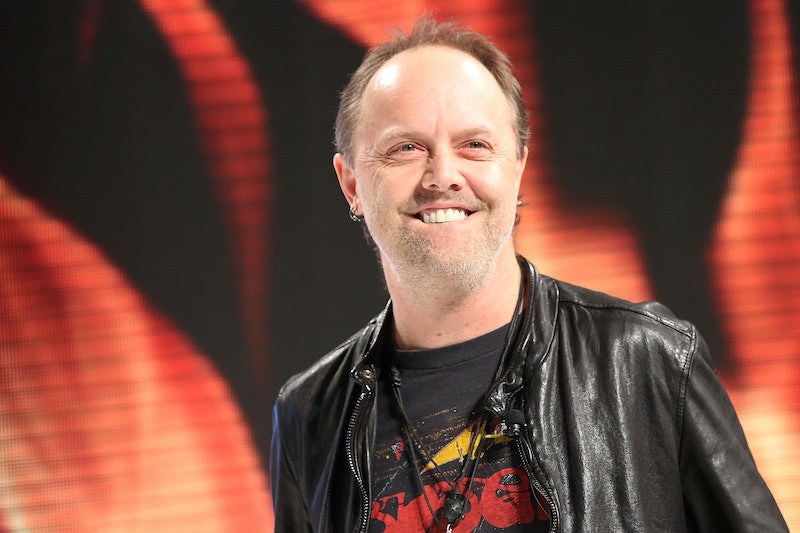 Long live rock and roll! Rock band Metallica’s 1991 self-titled album is the best-selling album in the United States since the Nielsen SoundScan system began tracking sales in 1991. Often referred to as The Black Album due to its dark cover art, the album's sales have just crossed the 16 million mark. Wow. Can you believe it? Shania Twain’s massive 1997 album, Come On Over, comes in at second place with 15.57 million copies sold.

Admittedly, I’m not a huge rock music fan (I was only four years old when Metallica came out — I think I was still pretty focused on Sesame Street), but the album’s unparalleled success has really taken me by surprise. I’m not as shocked by Twain’s second place finish — Come On Over is packed full of hits (two of which you’re likely to hear at basically every wedding ever): “From This Moment On,” “You’re Still the One,” “That Don’t Impress Me Much,” “Man! I Feel Like a Woman!,” etc. By comparison, Metallica’s track list looks kind of lean.

Additionally, look at all of the incredibly popular releases that the Metallica album beat out: Alanis Morissette’s Jagged Little Pill, the Backstreet Boys’ Millennium, The Beatles’ 1, The Bodyguard soundtrack, ‘N Sync’s No Strings Attached, Eminem’s The Marshall Mathers LP, Britney Spears’ …Baby One More Time, and the Titanic soundtrack — just to name a few! It’s just astonishing to me that Metallica was able to top all of those huge albums. You may not know it by looking at the Billboard Hot 100 chart today, but clearly, rock music is far from dead.

So what’s the secret to Metallica’s impressive staying power? After all, the band hasn’t released a new album since 2008 (though one appears to be in the works). My guess? Quality music and a seriously devoted, seriously hardcore fan base.

I think we’re pretty far off from rock music taking over the radio waves again, but in the past few months, we have seen pop rock making a little bit of a resurgence (Paramore’s “Ain’t It Fun,” 5 Seconds of Summer’s “She Looks So Perfect,” etc.). Could Metallica’s upcoming album put them back into the musical spotlight? I don’t know, but one thing’s for sure: Their current success is certainly nothing to scoff at. Long live rock and roll, indeed.