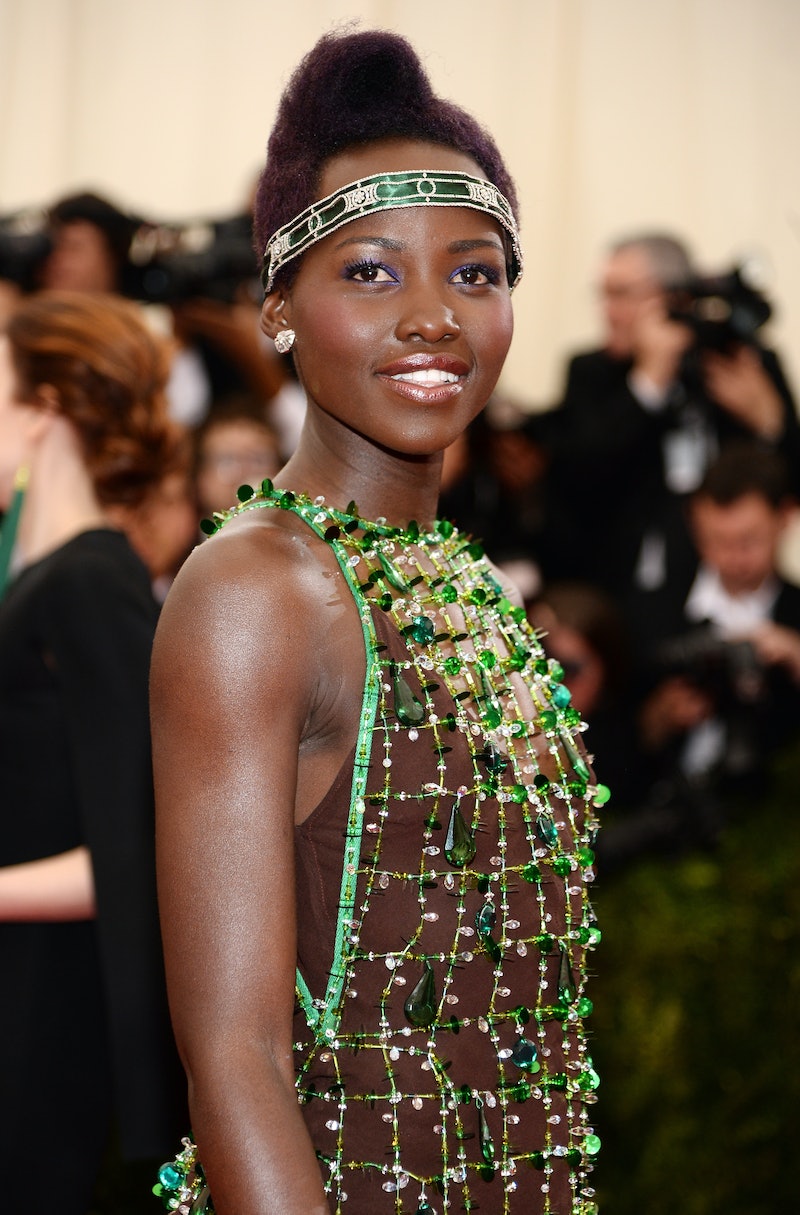 From taking home an Oscar for her performance as Patsey in 12 Years a Slave to flaunting an iridescent green dress at the Met Gala, Lupita Nyong'o has shown that she is a rising and risk-taking star in the entertainment world. The Non-Stop actress has also proven that she is not just waiting for roles to open up for her. Instead, she is actively creating space for herself. On Thursday, author Chimamanda Ngozi Adichie announced that Nyong'o had optioned rights for the film version of Americanah . The New York Times describes the novel as "a long, star-crossed love story" that is "most memorable for its fine-tuned, scathing observations about worldly Nigerians and the ways they create new identities out of pretension and aspiration." It seems that Ifemelu, the Nigerian-born protagonist, is the perfect role for Nyong'o herself, should the actress choose to take it.

It is easy to see how Nyong'o was drawn to Americanah. Ifemelu was born in Nigeria and is studying through a fellowship at Princeton, while Nyong'o was born to Kenyan parents in Mexico and earned her master's degree in acting from the Yale School of Drama. Ifemelu yearns for her long-lost lover in Nigeria, and while I can't speculate as to Nyong'o's international flames, Chiwetel Ejiofor seems a natural fit to play Obinze. After all, the 12 Years a Slave actor also stars in the recent film adaptation of Adichie's work, Half of a Yellow Sun. To watch a clip from that film, and to hear Adichie's comments on meeting with Nyong'o, watch the interview below!

In the interview, Adichie reveals that Nyong'o wrote her "a very long and passionate email about Americanah" before the actress won her Oscar for 12 Years a Slave. Adichie demurs when the interviewer asks her about a potential collaboration with Nyong'o, saying, "Lupita might be making an announcement sometime soon, I don't know. That announcement might be about Americanah. I don't know."

Ultimately, however, Adichie made the announcement herself on Thursday at Stylist magazine's book club event in London. She confirmed rumors when she admitted that Nyong'o had won the film rights to her third novel. (In addition, the author acknowledged that Beyoncé sampled her TED talk for the song "Flawless." Watch the full TED talk here, in which Adichie discusses why "we should all be feminists.")

More like this
What Is Ben Affleck's Net Worth? At 50, The Oscar Winner Makes 8 Figures Per Film
By Meg Walters
Amanda Seyfried Says She Felt Pressured To Shoot Nude Scenes At 19 Years Old
By Jake Viswanath
Someone Must Pay For What Happens To Bad Bunny In 'Bullet Train'
By Arya Roshanian
The Sean Bean Intimacy Coordinator Controversy, Explained
By Sam Ramsden
Get Even More From Bustle — Sign Up For The Newsletter