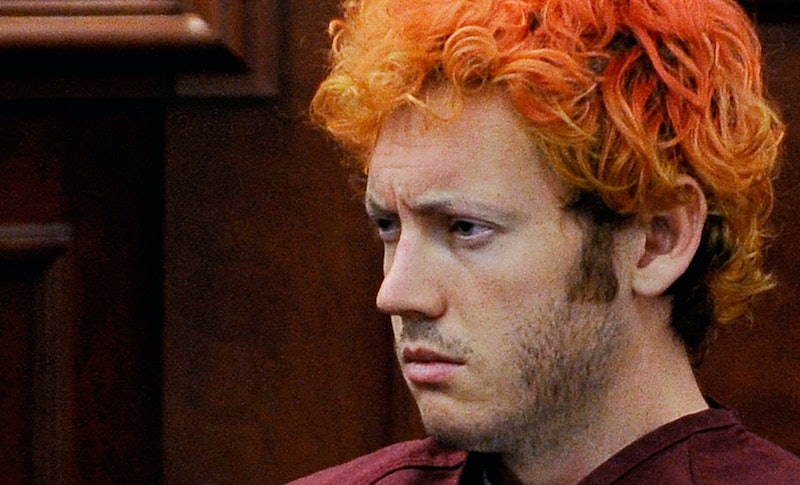 On July 20, 2012, 24-year-old James Holmes opened fire on a movie theater audience in Aurora, Colorado, killing 12 and wounding nearly 60 more. Two years later, James Holmes' trial for the Aurora shooting has yet to begin, and could be even further delayed, continuing the agony of injustice for the victims and the families affected in the shooting.

Calling himself "the Joker," Holmes was dressed entirely in protective tactical gear, and managed to detonate two smoke bombs before firing dozens of rounds in a sold out midnight premiere of The Dark Knight Rises. Some witnesses later said that they thought Holmes was simply part of an elaborate act for the movie. The combined number of those who were injured and those who lost their lives at Holmes' hands makes the Aurora movie theater shooting the largest mass shooting in U.S. history. And yet, massive delays have prevented prosecutors from trying Holmes in court.

On Thursday, a court hearing was held to cover the logistics of the trial and the case, which will likely last months. Judge Carlos Samour has said that he expects to send summons to over 6,000 individuals — one of the largest jury calls ever — in order to find an objective 12-person jury. This may be a difficult task considering the intense media coverage the shooting received, particularly in Colorado. Holmes' life will be in the hands of these 12 individuals, as prosecutors are pushing for the death penalty.

So why have things proceeded so slowly for Holmes?

Though the Sixth Amendment is meant to guarantee a speedy trial, criminal cases in the United States are notorious for moving at a glacial pace. In 2011, a report released by the Criminal Court of the City of New York found that on average, it took 400 days for a case to be brought before a jury. In Brooklyn, it took 600 days. This may be due in part to the large number of individuals charged with relatively minor crimes, who must still go through the same system, creating an enormous backlog of cases.

With complicated cases, like Holmes', which will consider his guilt on 166 felony charges, it often takes prosecutors a significant amount of time to prepare a case and for the judge to review the evidence, determining what can and cannot be used in court. Moreover, Holmes is pleading not guilty by reason of insanity, which presents further legal roadblocks for lawyers. In Holmes' case, the judge ordered a psychiatric evaluation, which was completed last summer. However, in February, prosecutors argued for a second evaluation, claiming that the psychiatrist who completed the first round of tests and observations was biased. Judge Samour agreed, delaying the trial even further.

There is also considerable controversy surrounding the trial's closed status, which would media from being present during jury selection and the trial itself. While both the prosecution and defense have supported this order, saying the lengthiness of the trial will require media discretion, Judge Samour is considering appeals from media lawyers who have objected to the trial's privacy.

Currently, the trial's start date is set for October 14, but given the enormous number of potential jurors Judge Samour plans on calling, it is likely that selecting a dozen men and women to hear the trial will take months. This means that opening statements may not be made until 2015, and that we may not know Holmes' fate for another year. And while Judge Samour recognizes the frustrations surrounding the slowness of the case, his priority is justice, not expedience. Said Samour, "I have to make sure things are done right. I'm not going to allow things to be rushed."