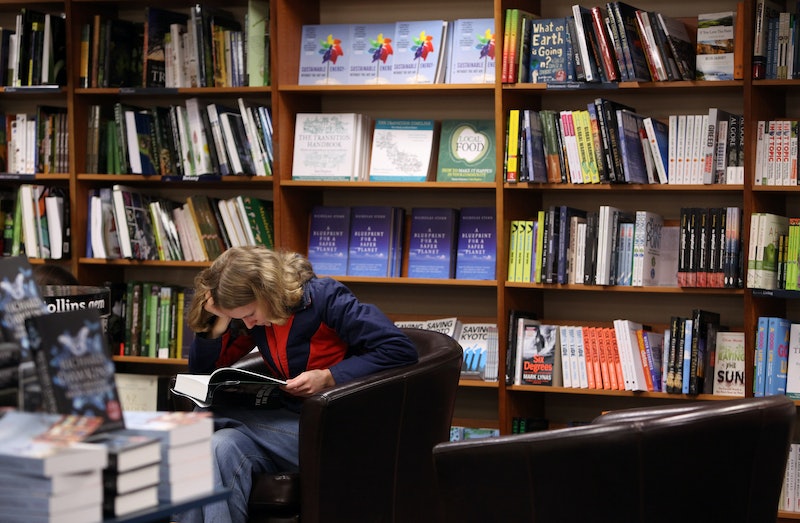 Thousands of lit-lovers descended upon New York City's Javits Center on Saturday for BookCon, and among them were quite a few aspiring novelists. Hundreds lined up hours ahead of the My First Novel panel to pick up tips on finishing a manuscript, finding an agent, and promoting a book. In a discussion moderated by Rachel Fershleiser, Tumblr's Literary and nonprofit outreach manager, debut novelists Celeste Ng, Courtney Collins, and Yelena Akhtiorskaya talked about their experiences selling their books, and most importantly, what it takes to survive the often soul-crushing process of writing them. These up-and-coming authors provided pearls of wisdom on the process, along with their real-world experiences.

If you're trying to get your first work out into the world, heed the advice of these three writers. Here are six of the most valuable tips from their talk:

1. How to figure out whether your idea for a story is worth pursuing

"When an idea keeps haunting you, a story keeps coming back to you, and things keep sticking to it, then that's how you know you have enough to say. And you need to write it." —Celeste Ng, author of Everything I Never Told You (Penguin, June 2014)

"I think it's easy to think, I can work more later. Or think that you can put it off. But no, don't think that. You should just work, work, work if you want to get it done." —Yelena Akhtiorskaya, author of Panic in a Suitcase (Penguin, July 2014)

3. How to beat self-doubt (which you will face)

"I got through the first draft, then the second, third and fourth, by just telling myself, No one will ever read this." —Ng

4. How to stick with it when you want to give up

"Keep hanging in there. I'm not a religious person at all, but I think it's an incredible act of faith to write a novel. You have to have faith in yourself. When things aren't working just believe that you will come up with these people and this story will work eventually." —Ng

5. How to stay true to your story

"Stay in the world of your characters, don't worry about how the book's going to be marketed. I don't think I could have gotten it done if I really worried about genre." —Courtney Collins, author of The Untold (Penguin, May 2014)

6. How to know when your work is done

"You'll know you're finished when you're so nauseated by [your book] and you don't know what else to do to the disaster you've just created." —Akhtiorskaya