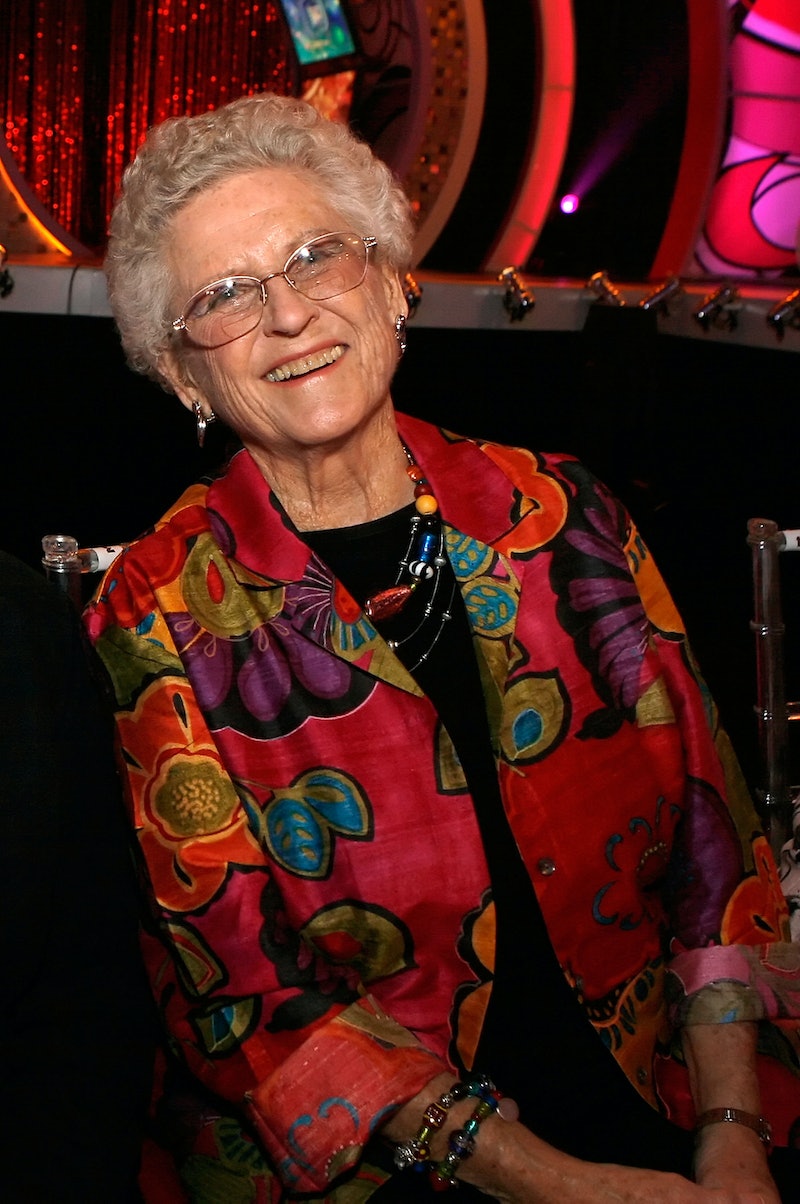 Some truly sad news to relay, folks. Beloved housekeeper and honorary Brady Bunch family member, Ann B. Davis, has passed away at the age of 88. It is reported that although Davis had appeared to be in good health despite her age, she took a drastic fall in her bathroom the morning of June 1st and never recovered. Davis lived with another couple who explained that she was even able to bid them goodnight on the eve of her death and they are shaken by her unexpected passing.

Davis lived quite an interesting life-- the actress hailed from Schenectady, New York and had originally planned on becoming a doctor. She had even went as far as studying pre-med at the University of Michigan before changing her mind and graduating with a degree in speech and drama. She had cited her brother's appearance in the play, Oklahoma!, as her acting enlightenment. Davis has appeared in various television shows and films, but most notably Davis' claims to fame are her portrayals as Charmaine in The Bob Cummings Show and as Alice in The Brady Bunch. After retiring from acting, Davis focused her life on prayer and took up residence with members of her church group.

More like this
An Ultimate Guide To The Music Of 'Rap Sh!t'
By Brad Witter
What Is Ben Affleck's Net Worth? At 50, The Oscar Winner Makes 8 Figures Per Film
By Meg Walters
Meet The New Team Of Residents Joining 'Grey's Anatomy' In Season 19
By Brad Witter and Sophia Moore
What Is Megan Thee Stallion’s Net Worth? The Traumazine Hitmaker Isn’t Worried About A Budget
By Hugh McIntyre
Get Even More From Bustle — Sign Up For The Newsletter