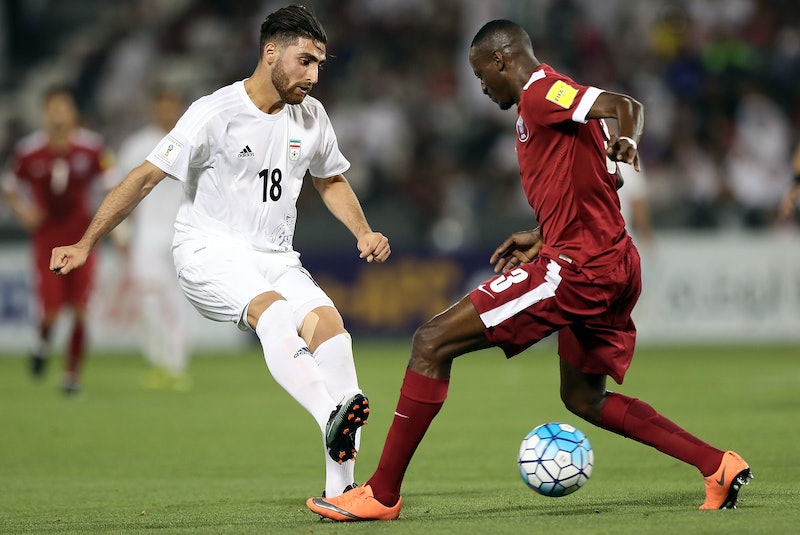 It's been a bad week for the world's favorite sport. Thanks to an ongoing corruption investigation, FIFA may re-vote on Qatar's bid to host the 2022 World Cup. Setting aside whether it was a good idea to host a massive test of intense physical endurance in one of the world's hottest, most forbidding climes, it turns out Mohamed bin Hammam, a Qatari and former member of the FIFA executive committee might've bribed senior soccer officials to get the country the bid. With, you know, about $5 million in cash, gifts, and legal fees, according to the Sunday Times.

Also, the planned stadium looks like a giant vagina.

The news of the potential corruption comes on the heels of another gigantic scandal FIFA with which FIFA is currently wrestling: Allegations of match-fixing at the 2010 World Cup. So it's been a pretty awkward week for the world's preeminent soccer organization.

If the re-vote goes through, FIFA would have to reopen the bidding for the Cup. On Sunday, FIFA's vice president, Jim Boyce, said he'd (maybe) support a re-vote if the corruption detailed in the London Sunday Times is proven, according to the BBC. The organization's top investigator, Michael Garcia, is currently looking into the charges, and Boyce said he'd follow Garcia's lead.

The FIFA executive committee are 100 percent behind Garcia. He will be allowed to go and speak to anyone from around the world to complete his mission.

Qatar's winning 2022 World Cup has been mired in scandal, most notably surrounding its selection in the first place. But the country has also been thrust into the spotlight for mistreating workers constructing the World Cup complex. FIFA's president, Sepp Blatter, has said awarding the Cup to Qatar was "a mistake."

More like this
This Is When Netflix Is Going To Start Charging You For Sharing Passwords
By Darshita Goyal
6 Organizations Fighting Police Brutality That You Can Support Right Now
By Syeda Khaula Saad and JR Thorpe
Watch Jacinda Arden’s Devastatingly Honest Resignation Speech
By Sam Ramsden
Kylie Jenner Is Facing Backlash For Her Stormi World-Themed Birthday Party
By Alyssa Lapid
Get Even More From Bustle — Sign Up For The Newsletter
From hair trends to relationship advice, our daily newsletter has everything you need to sound like a person who’s on TikTok, even if you aren’t.