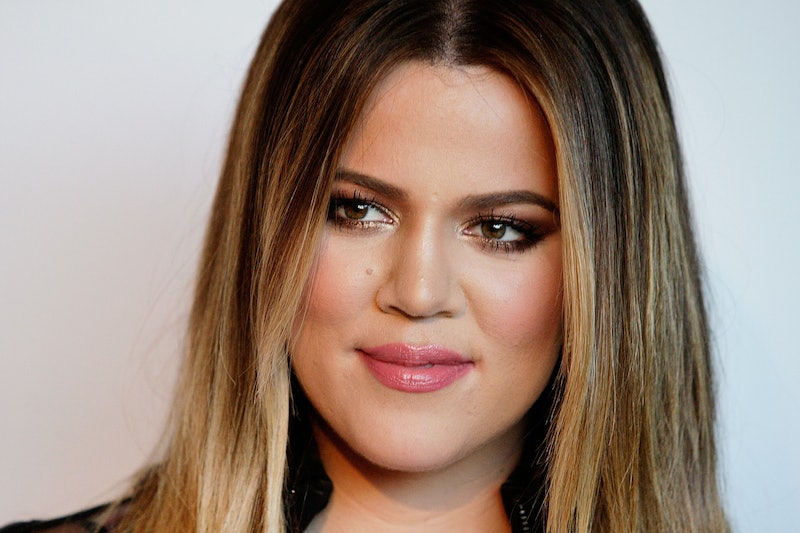 It's no secret that Khloe Kardashian is the best Kardashian (all apologies to the other Ks) but even Khloe takes some serious missteps — and her recent Instagram post is one of them. Khloe posted a photo of her and alleged boyfriend French Montana posing on a film set, and the content of the photo is making a lot of people mad. In the pic, she is swigging from a bottle of champagne while her boyfriend is holding a machine gun in his lap. It took approximately two seconds for the Internet to freak out over this photo, and it's easy to see why.

In light of the recent shooting at UC Santa Barbara, is it really okay for a celebrity — or anyone, really — to post a photo where guns are portrayed in such a glamorous light? Because whether Khloe really thought this post through (I suspect she didn't) that's exactly what this photo is doing. Khloe's hashtag even references Gucci Mane, the rapper/actor who appeared as a wealthy gangster in the controversial (and gun-heavy) Spring Breakers. The reality star is essentially equating this machine gun with the lifestyle of the rich and the famous, and that is both insensitive and irresponsible.

Gun violence is a huge issue right now in this country, and it seems like every month or so we hear of a new tragedy involving a shooting. It feels wrong for someone — especially a celebrity with over 9 million Instagram followers — to pose with a gun as a signifier for glamour. That's sending a pretty disturbing message to her fans, and one that we really shouldn't put up with.

Of course, Khloe didn't invent the tie between guns and glamour. Whether it's in music that talks about shooting people as a badge of honor or films like The Expendables, we're sold the idea that guns are sexy. Even Beyonce and Jay Z are guilty of making guns look "cool" with their fake movie trailer for their upcoming tour. Individually, we can't do much to change the existing culture surrounding guns, but collectively, we can decide not to glamorize them any further.