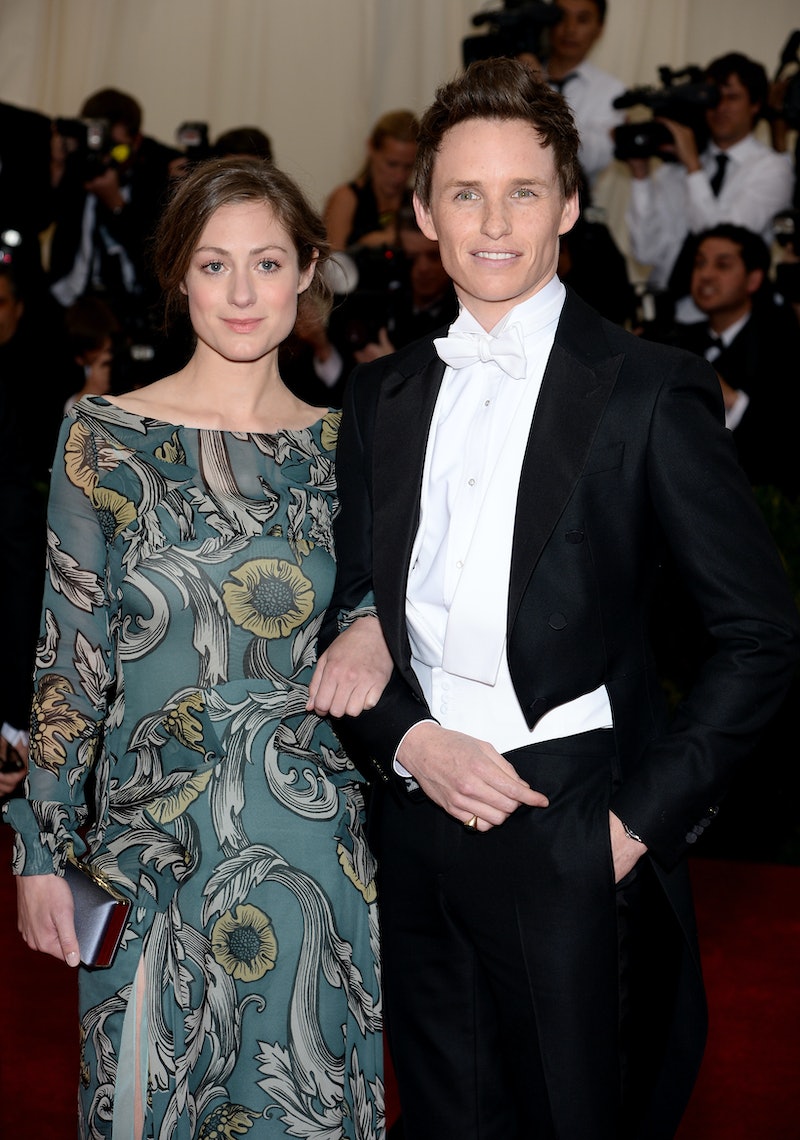 Eddie Redmayne is having a pretty great summer. The 32-year-old British Les Miserables star will not only play the villain in the upcoming blockbuster Jupiter Ascending (opposite Mila Kunis and Channing Tatum), his rep just confirmed that Redmayne is engaged to his girlfriend of two years, Hannah Bagshawe, having apparently popped the question over Memorial Day weekend!

Before you run to IMDB to try and find out what Hannah Bagshawe has been in, let me throw you this curveball: Bagshawe isn't an actress, or a musician, or even an actress-slash-model! It seems like Redmayne has decided to buck the traditions that come with being a Hollywood "It" boy, and since early 2012 he's been dating his publicist! They may have met in a professional capacity, but Bagshawe and Redmayne are proving that it is possible to mix work and pleasure (although it helps that they are impossibly cute together)!

What else do we know about Hannah Bagshawe? Well, according to the engagement announcement that ran in the London Times , she's a London native, so she and her soon-to-be-husband have that in common! We also know that she has a close relationship with her family — Redmayne reportedly asked for her father's permission before proposing! And we know that she's got good fashion sense. Not only did she pick out her own outfits when walking the red carpet with Redmayne at the Academy Awards and the Met Gala, but his as well. Redmayne is color blind, and says Bagshawe has to help him get dressed!

We're looking forward to learning more about the woman who won the adorable Mr. Redmayne's heart, and wishing them all the best! We've even got a prediction about what song they'll walk down the aisle to: