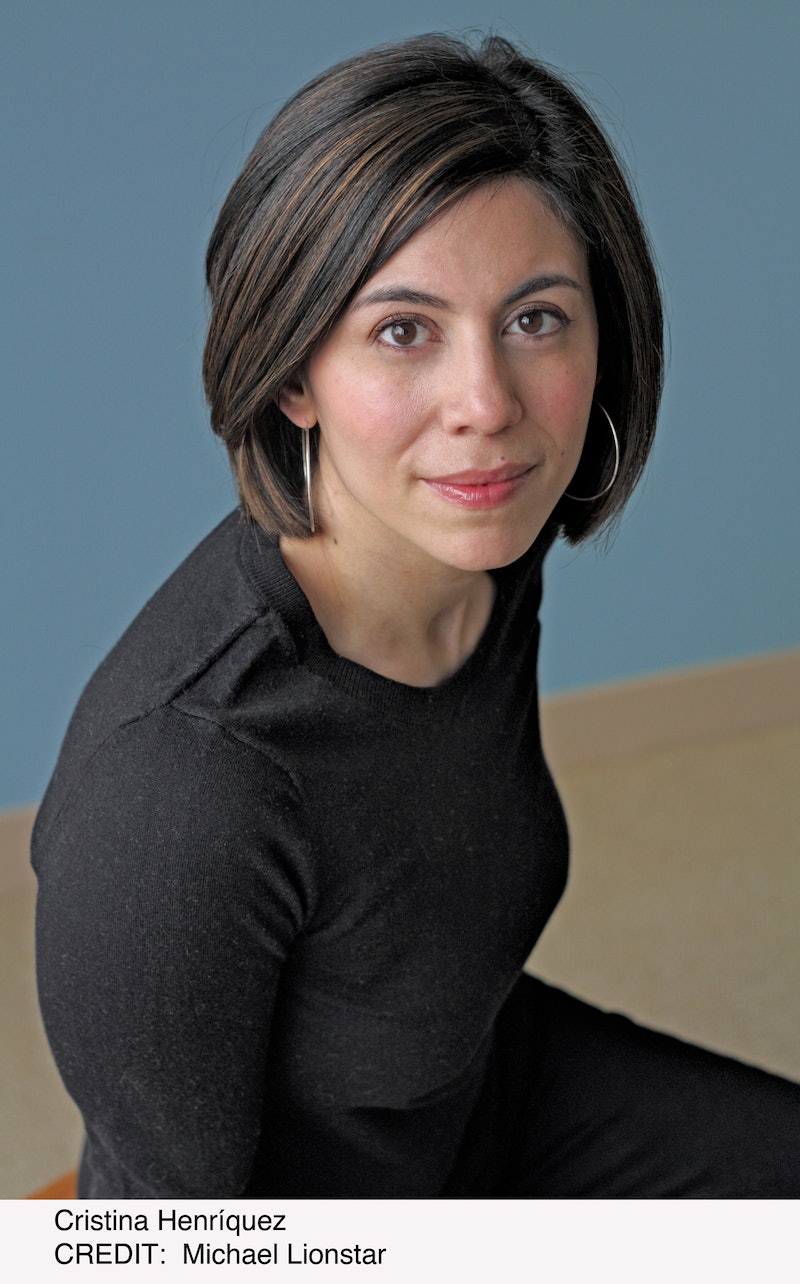 Often, when a reader calls a book "quiet," it's a veiled insult — a polite way to say "unimpactful" or not memorable. But there's another type of quiet — one that ramps up like a rainstorm gathering in the clouds, then releases across the landscape, and once you look outside, you realize it's touched absolutely everything. This is the feeling of Cristina Henríquez's The Book of Unknown Americans (Knopf).

Henríquez's new novel is a graceful examination of the American immigrant experience from the oft overlooked perspective of the immigrant herself. She sets the tone for the book speaking to immigrant hardships through the lens of simple happiness with this opening retrospective from Alma Rivera, one of the book's main characters:

Back then, all we wanted was the simplest things: to eat good food, to sleep at night, to smile, to laugh, to be well. We felt it was our right, as much as it was anyone's, to have those things.

Alma and Arturo Rivera have come to Delaware legally to find a better life for their teenage daughter Maribel who, after an accident in their home of Mexico, needs special education. The family's life is difficult: Arturo works long, hard hours on a mushroom farm over the border in Pennsylvania, and Alma struggles navigating her new life without knowledge of English. The Riveras befriend another family in their apartment complex, which is primarily filled with other Latin American immigrants: Panamanians Rafael and Celia Toro who, though slightly more assimilated, also struggle. Mayor, the Toros' teenage son, has found a way to coax the hermetic Maribel out of her shell, and the two quickly form a relationship. Their bond sets off a chain of events, which ends up having dire consequences.

Through rotating first-person perspective chapters primarily from Alma and Mayor, Henríquez narrates the tale of the two families, which becomes deeply intertwined. It's easy to become lost in the young love story with Henríquez's emotional optimism drawn through Mayor, seeing the families not as immigrants, but just as Americans; but with Alma's frighteningly overbearing parenting, she checks readers back into the fear and newness inherent in the immigrant life on unfamiliar turf with the inability to communicate. While in one way the stories are complementary, operating like different sides of a coin, they also work together to create a textured story, which, when viewed as one becomes all the more resonant.

In addition to the story of the Riveras and Toros, Henríquez draws in alternating first-person chapters of the stories of other individuals and families who've ended up in the Delaware apartment building from Guatemala, Paraguay, Puerto Rico, and more. Their stories all begin with statements like, "Venezuela is where I was born" or "I came from Nicaragua, baby." In just a few pages each, she writes the motivations behind each character leaving his home and staying in the U.S.; they're rich, human sketches that add dimension to the portrait of the immigrant experience and life to the apartment complex. Because some of the characters are scarcely mentioned beyond their spotlights, they can, however, can seem out of place at points, and their narratives sometimes repetitive.

The events at the end of Unknown Americans border on melodrama — Henríquez chooses a surprisingly loud finale to that quiet hand with which the rest of the story has touched the reader. But even after the climax has transpired, readers are brought back down with the same gentle touch, and the tempo of the narrative is restored. The novel's last line is bone-chilling.

Unknown Americans feels, in many ways, like a secret peek into lives — an unknown life — to which we are not often privy. To walk away without learning something from its pages — most of all, empathy — would be an opportunity squandered. But leave it to the feeling in your chest when you reach the last page to tell you that.