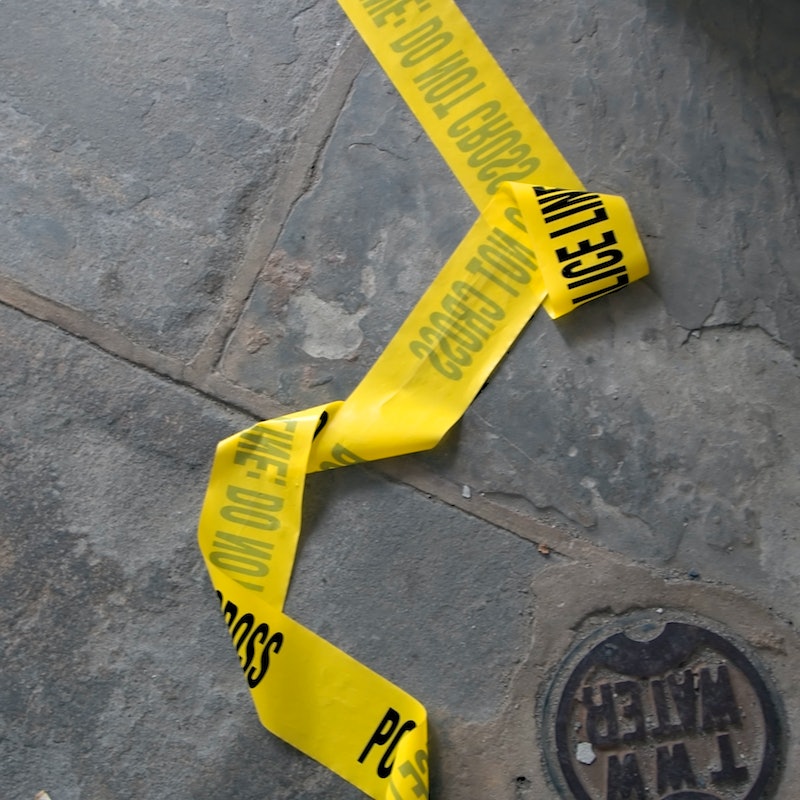 Sadly, in a world where some rapes are “legitimate” and others are written off as murky misunderstandings, it follows that some victims’ responses are considered “appropriate” while others produce skepticism.

Slate recently spoke with Officer Tom Tremblay of the Burlington, Vt. Police Department, who says when he first joined the force, he was distressed by the frequency with which his colleagues distrusted rape reports. After all, the National Center for the Prosecution of Violence Against Women estimates only 2 to 8 percent of rape accusations are false, yet according to Tremblay, a disproportionate amount of cases, year after year, are met with police suspicion. It wasn’t until Tremblay joined the sex crimes unit and began interviewing victims himself that he started to understand where the doubt was coming from. Often, a victim’s initial response, as well as the way in which she or he relayed the attack, deviated from an officer’s idea of how a “real” assault victim “should” act. Sensing police mistrust, many rape victims drop charges out of concern that if law enforcement doesn’t believe them, no one will.

Luckily, studies in the neurobiology of trauma over the past decade have demonstrated why victims respond in ways that make them seem like they are lying. Slate reports:

Using imaging technology, scientists can identify which parts of the brain are activated when a person contemplates a traumatic memory such as a sexual assault. The brain’s prefrontal cortex — key to decision-making and memory — often becomes impaired. The amygdala, known to encode emotional experiences, begins to dominate, triggering the release of stress hormones and helping to record particular fragments of sensory information. Victims can also experience tonic immobility — a sensation of being frozen in place — or a dissociative state. These types of withdrawal result from extreme fear yet often make it appear as if the victim did not resist the assault.

It all comes down to the way the brain processes harrowing events, making it difficult for sexual assault victims to give a linear account of their attack. Basic recollection and chronology are subsumed by seemingly random sensory details like the rapist’s cologne or the sound of people talking outside. Dissociation can lead to victim’s having a flat effect — speaking with no emotion or visible signs of distress — when police, prosecutors, and judges expect them to be angry or tearful. Some victims laugh or smile when describing being attacked.

Experts versed in advances in trauma neurobiology have pointed out that the typical, interrogation-based interview through which officer’s glean the details of a burglary is routinely ineffective when applied to instances of sexual assault, because it forces victims to prematurely piece together fragmented memories, leading to inaccuracies that discredit their case. Officer Tremblay and others are now using an "open-ended approach" to questioning that "elicits sensory details and allows [victims] to describe the rape in [their] own words." In one instance, a victim initially could only remember the sound of her assailant walking in her apartment. Recalling his footsteps, she was eventually able to remember the sound of his voice as he spoke to a mechanic over the phone. She then recalled enough details for the police to contact the mechanic, who knew the perpetrator.

Unfortunately, police departments currently receive new training for rape case interviews only if the department chief, a lawyer, or a rape crisis worker actively seeks out an expert. Hopefully this will change with a new initiative undertaken by The International Association of Chiefs of Police and funded by a $450,000 grant from the Office of Violence Against Women. The IACP, an organization of 21,000 departments nationwide, plans to retrain officers in 20 cities over the next three years. Great News. But in the face of statistics that show someone is sexually assaulted in America every two minutes, a three year timeline seems dishearteningly slow.

In the meantime, let's try to remember there is no prescribed reaction to the horror of rape. True, your understanding of this fact may not change the legal system (unless you’re a police officer, judge, or lawyer). But outside the station and courtroom, you can make a vital difference by supporting a rape survivor and however she or he choses to heal.

More like this
An Obscure Point Of Law Could Change Everything In The Wagatha Christie Case
By El Hunt
TikTok Is In Its Elle Woods Era
By Meguire Hennes
Your Daily Horoscope For August 10, 2022
By Mecca Woods
Samsung Just Dropped 2 New Foldable Smartphones
By Michelle Toglia
Get Even More From Bustle — Sign Up For The Newsletter