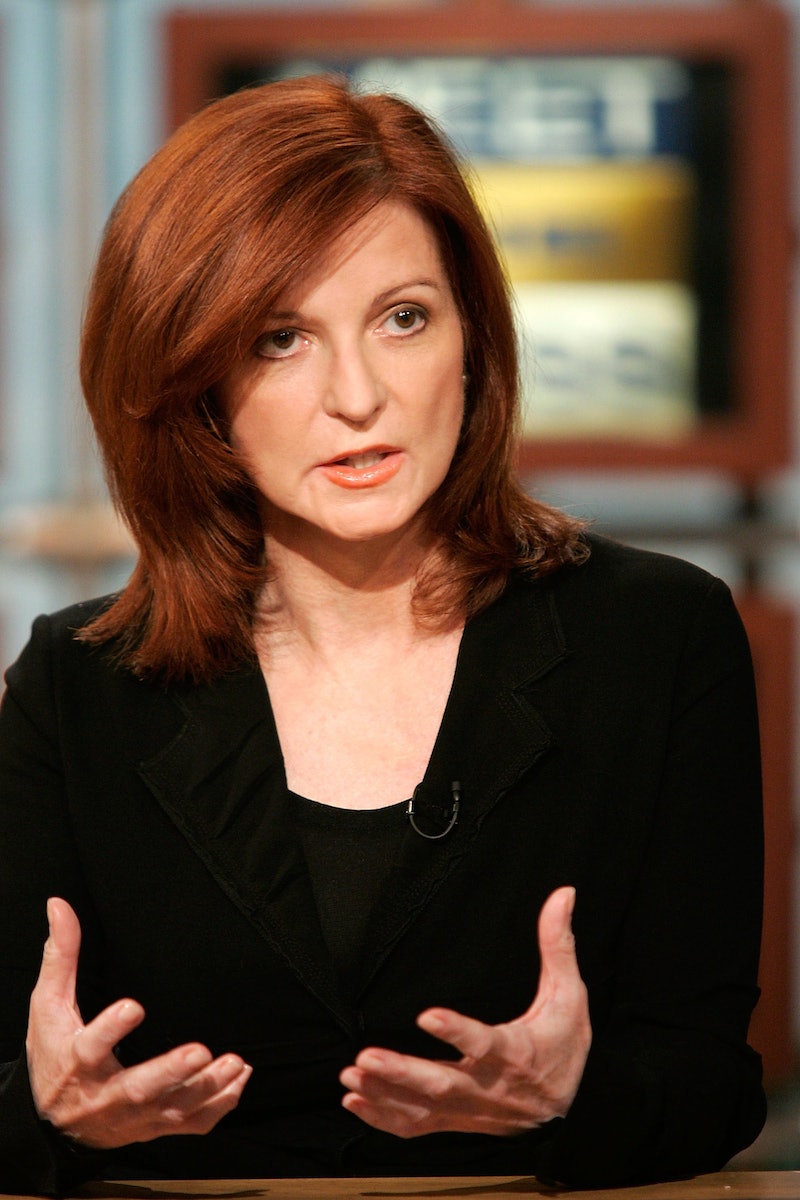 In the name of research for her New York Times column this week, Maureen Dowd went to Colorado to try some of this newfangled, legal, edible pot all the kids are talking about these days. She got it in the form of a candy bar that reminded her, she wrote, of “the Sky Bars I used to love as a child” — but that was where the similarities ended. Dowd doesn’t specify exactly how much of the cannabis-laced chocolate the consumed — the way she describes it, “I nibbled off the end, and then, when nothing happened, nibbled some more” — but I’m inclined to think that she ate quite a bit more than two measly little nibbles, largely due to something she found out after the whole thing was over (we’ll get to that in a bit).

Long story short, she spent eight hours rolling around on her hotel room floor in the throes of a really bad trip, thinking such thoughts as:

“I was panting and paranoid, sure that when the room-service waiter knocked and I didn’t answer, he’d call the police and have me arrested for being unable to handle my candy.”

“I strained to remember where I was or even what I was wearing, touching my green corduroy jeans and staring at the exposed-brick all. As my paranoia deepened, I became convinced that I had died and no one was telling me.”

Oh, Maureen. I’m sorry you had such a bad trip. Clearly you should have reached out to Snoop Dogg first, because getting high with him is a guaranteed good time. Just ask Seth Rogan (SPOILER ALERT FOR GAME OF THRONES):

Here, let’s take a look at why you may have ended up having a bad time, shall we? Maybe it’ll make you feel better about the whole thing if we can get to the science behind it.

According to neurosurgeon Dr. Sanjay Gupta, who made an about-face last year to become a supporter for legal marijuana, there exists for all drugs, recreational and pharmaceutical, what’s called a “therapeutic window” — a window of what the right dose is for somebody. That window is based on a number of factors: How powerful the medication is, the weight of the person, whether or not they’ve ever used the substance before, whether they’ve got a tolerance for it, etc. If you have too little or too much, you won’t be in your therapeutic window — too little won’t do anything, while too much could have some pretty adverse effects. Those adverse effects depend on the substance itself: It might put you to sleep; it might make you irritable; it might make you nauseated; or, as was the case for Dowd, it might make you super, super paranoid. How much exactly is “too much,” too, can be dependent on a lot of things — anything ranging from the actual amount you take to the potency of the substance itself.

Remember how we don’t exactly know how much of the candy bar Maureen Dowd ate? Here’s why I think she consumed more than a few nibbles: When she spoke to a medical consultant at an edibles plant the next day, she writes that the consultant “mentioned that candy bars like that are supposed to be cut into 16 pieces for novices; but that recommendation hadn’t been on the label.” It looks like Dowd missed her therapeutic window, and I suspect it’s because she ate more than one-sixteenth of the bar. The good news, though, is that THC has an extremely low toxicity; according to a study published in 2010, “no deaths directly due to acute cannabis use have ever been reported.” So: One bad trip does not a villain make.

Naturally, Twitter has had rather a lot to say today about Dowd’s adventures in the Land of Legalized Pot. Some have wondered whether her experience might be used for the forces of good:

While others seem a little more preoccupied by her green corduroys:

There was a little bit of sympathy:

Er...or was that total sarcasm? Oh, and this:

Some began theorizing about what other fond memories from Dowd’s childhood might be ruined by the intrusion of the big, bad, adult world:

And still others came to some rather horrifying realizations about the state of the world itself:

But there is hope, too:

Oh, and Maureen? In case you’re ever having trouble figuring out the difference between being drunk and being high, this should help: