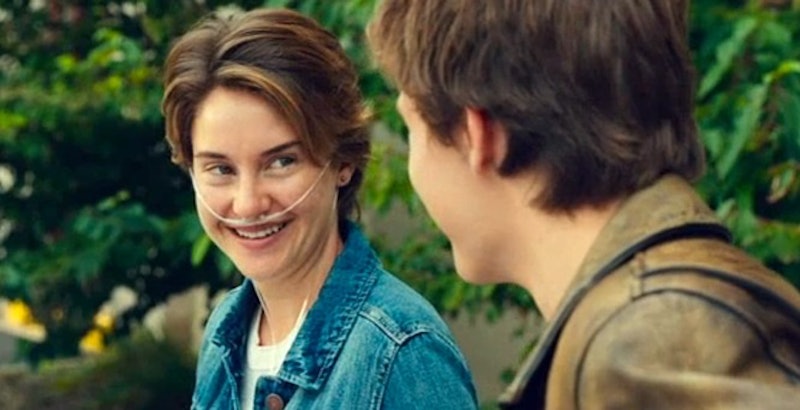 While they might seem like completely different entities, and they are, John Green's The Fault in Our Stars and J.K. Rowling's Harry Potter series have more in common then is immediately realized. Thanks to production designer Molly Hughes, who worked on both book-to-film adaptations, the worlds of Hogwarts and Hazel's bedroom are eternally linked. "It’s interesting because I worked on the Harry Potter movies so it’s like the same fans grown up, kind of," she told The Wire. "So I was sort of fascinated by that and the absolute love of this book."

But that's not the only similarity. While working on the Harry Potter films, Hughes became close friends with Stephenie McMillan, who worked as a set decorator on HP. And after Hogwarts was laid to rest and The Dursley's home no longer needed the designing and decorating touch of the two women, Hughes hopped over to work on The Fault in Our Stars. But then, irony struck in the most heart-breaking way: McMillan passed away of cancer while Hughes was working on the set. Hughes was obviously heartbroken, but channeled her sadness in a touching and productive way.

Small tokens from the Harry Potter world made it into Hazel's bedroom, thanks to Hughes. "We put a few things for [McMillan] in the room. Hermione’s Time-Turner is hanging on the bedpost and there’s a Triwizard Cup by the shelf, and she has all the Harry Potter books."

And while Harry Potter's production company of Warner Bros. did not produce The Fault in Our Stars (that would be Fox), Warner Bros. allowed the movie to use Harry Potter items in the movie. Hughes spoke of the collaboration: "Even the publicity people over there are obsessed with this book so they were so happy to help and help me."

In an age when studios are often thought of as only interested in making the big bucks, this partnership, even in a small way, is quite touching.

The Fault in Our Stars hits theatres Friday, June 6.