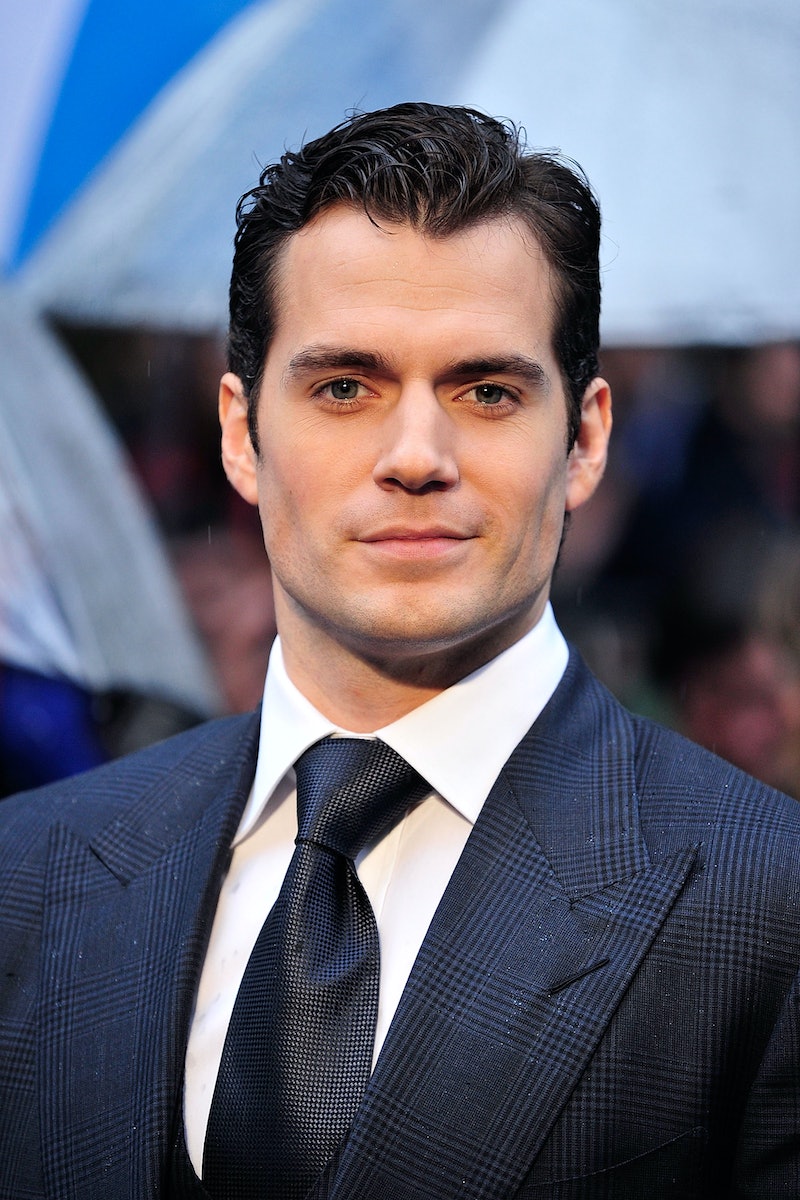 I have a hang-up on superheros and the men who play them. I'm not usually into blue-eyed blondes, but throw Chris Hemsworth a mighty hammer and I'm sweating and drooling like I've lost control of my bodily functions. Chris Evans might have been too frat-boy sexy to begin with, but put him in some stripey lycra and I'm watching every interview he ever did, imagining us getting drinks or dinner. It's sad, but it's true.

So watching the new Man of Steel previews, it's no surprise that I thought the new Superman is a work of genetic art. Henry Cavill gives great face and there's no two ways around it, so I made a mental note to stalk later, expecting a superhero crush on steroids, since he is more or less perfect-looking. However, I watched my way through the Leno interview, through his interviews on set, with other stars, solo, clips of things he's done in the past, and a completely useless two hours later, I wasn't feeling any different than I had watching the preview. He hadn't made any impression on me, other than his accent was cute, which is more or less a given with British actors (unless they're from Liverpool).

It was disappointing. Although I respect his acting chops, I was expecting more after watching the excitement of the trailer. What is a superhero movie if I can't blatantly imagine myself and the protagonist having beautiful children together? (And those of you who didn't see famous flop Superhero Returns — starring the cute but boring Brandon Routh — would agree.) Superheros have to be super on and off screen. They should be funny and cute in addition to muscle-y. They have to be Robert Downey Jr., able to make us laugh and attract a billion dollars in ticket sales in a single bound. Although that's a lot to ask, gosh darn it I'm asking.

Cavill appears perfectly pleasant, deliciously good-looking, and he does have that lovely accent. But, generally speaking, he lacks that je ne sais pas that so many other superhero actors have. Maybe he's just shy, or maybe it's hard to be interesting when you're too busy dazzling people with your features, but I was left wanting something more, something a bit more substantial. Something, well, super.